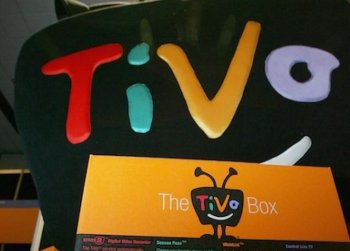 By Conan Milner
Print
Television advertisers cried foul when digital video recorders (DVRs) like TiVo became prevalent. Since these recording devices allow users to fast-forward through commercials, it was believed that the paid advertising spots went largely ignored. Yet a recent study reveals some surprising findings in regard to how DVRs actually affect consumer behavior.

Although growing DVR use has prompted many advertisers to threaten a reduction in their television ad budgets, it turns out that TiVo doesn’t actually affect buying behavior among consumers. Carl L. Mela, a professor at Duke University’s Fuqua School of Business discovered that TiVo users are still absorbing much of the advertisers’ messages.

“Companies are afraid of a ‘TiVo effect’ and are changing their media spending as a result, but we find no change in people’s shopping patterns when we compare a group that has TiVo with a group that doesn’t,” Mela said in a news release.

Mela and colleagues from The University of Chicago and Tilburg University partnered with Information Resources and TiVo to conduct a multimillion-dollar, three-year field study. Researchers tracked two different sets of households: one group was supplied with DVRs and the other watched television the old-fashioned way—TiVo free.

Mela and his team tracked the behavior of both groups, noting purchases of new products, advertised products, and store brands across 50 categories, in addition to viewing habits.

The initial goal of the study was to measure just how damaging DVRs were to advertisers, but the actual conclusion astonished researchers.

“We tried a vast array of methodological approaches to find a DVR effect. And we just couldn’t,” Mela said.

The research discovered that the mythical ‘TiVo effect’ doesn’t account for DVR users’ actual viewing habits. For one key example, consider that only programming recorded to the DVR allows users to skip commercials, while the vast majority of television viewing in TiVo households was found to be live—the study claims an unbelievable 95 percent!

Mela adds that DVR-free households also have the option of skipping commercials by leaving the room or flipping through channels. Plus, he found that TiVo users who do fast-forward through ads must concentrate on the screen to determine when their program resumes. They may not receive the entire message, but they do engage in a focused attention of the advertising they aim to avoid.

For the full report of the study click HERE: