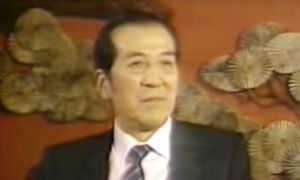 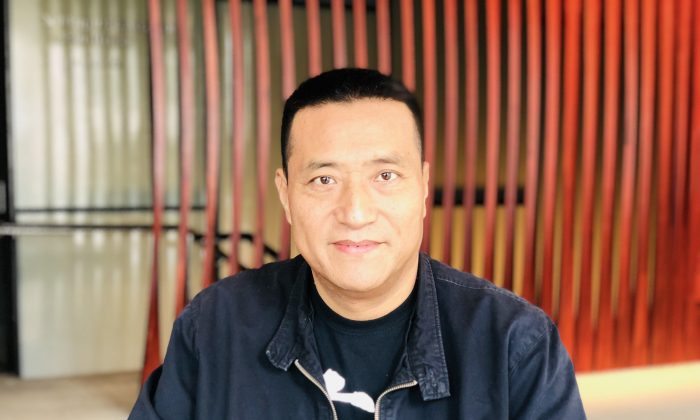 Fang Zheng, 55, whose legs were run over by a tank during the 1989 Tiananmen Square Massacre, prepares to speak at the Oslo Freedom Forum in New York, on Sept. 17, 2018. (Bowen Xiao/The Epoch Times)
China Human Rights

NEW YORK—“Why was there an order to start killing?” Fang Zheng asked bluntly.

His simple query, among a titanic amount of other interrelated questions, has been unanswered for nearly 3 decades. But Zheng—a victim turned activist—whose legs were run over by a tank during the Tiananmen Square Massacre, is still fighting for the truth.

The bloodbath, carried out by orders from the Chinese Communist Party (CCP), took the lives of throngs of Chinese students protesting for democratic reform on June 4, 1989. The regime has continued to deny any involvement, and an online search of the incident or any related topic is censored inside China.

The CCP had pressured Zheng, now 55, to say he was hurt in a road accident, but he refused. Zheng’s story brings up images of an internationally recognized photo from the massacre known widely as the “Tank Man.”

Zheng’s pursuit of the “truth” has three layers of meaning, first for top-ranking Chinese Communist Party (CCP) officials to admit and take responsibility for what happened. Secondly, for the people of China to learn about the incident, which has been ripped from the pages of history books. And lastly, for the CCP to release all details about the incident, including the death count.

In an interview with The Epoch Times before his speech at the 2018 Oslo Freedom Forum, Zheng, now in a wheelchair, said that the CCP has not changed since the carnage.

“What the CCP is doing today is just a continuation of what happened 30 years ago. Though their leaders changed from Deng to Jiang to Hu to Xi, their principles and ideology has not changed,” he said at the annual global conference for human rights defenders.

He said the only thing that has changed is the methods the CCP uses to control its people, adding that they persecute everything that doesn’t align with their interests. In one example, he said if someone were to write something related to June 4 on WeChat (China’s most popular messaging app) it would be impossible since the authorities will track and filter their comment.

“They also use similar technology to put people under surveillance. They follow everyone’s comments on the internet and then use it as evidence of their illegal activities and arrest them,” Zheng said. “The modern technology becomes a useful tool for the CCP to suppress the people… it makes them unable to speak. This is China’s current state.”

“Many Chinese, especially the youngsters, still don’t know about the massacre. There are two reasons behind this, one is the control of the CCP, so unless they seek it, they won’t know. Also, the environment is high-pressure, people are used to self-censoring themselves because they are afraid of getting into trouble. If you know the truth, this itself could be a ‘crime.'”

Three decades ago, Zheng was just one among many such students at a packed Tiananmen Square, calling for freedom, democracy, and an end to government corruption. He recalled them peacefully exiting the square when the atmosphere took a drastic turn.

“We were suddenly attacked by tanks from the [CCP’s] People’s Liberation Army which came from behind… Many people died there when they got run over by the tanks. It’s how I lost my legs.

“We have no idea how many people died… Who gave the order? Why give the order? This is also something we are asking and still seeking for an answer because the CCP doesn’t allow people to talk about this topic at all.”

Although there are conflicting estimates on the death count, a secret British diplomatic cable that was leaked last year alleged that at least 10,000 people were killed during the Tiananmen Square Massacre, citing a source within the Chinese Communist regime.

As the students were evacuating the area, they were hit with a gas attack. During the chaos, a female student nearby fainted from the shock and was picked up by Zheng. As he was helping her, a tank quickly approached and Zheng only had enough time to push her out of harm’s way.

Zheng was dragged for several feet by the tank and had both his legs crushed. He was later sent to the hospital and underwent a double amputation. He also faced continual investigations by officials who accused him of being violent and provoking the attack.

Despite such persecution, Zheng continued to tell the truth and fight against the government’s narrative that he and his fellow protesters had sparked the attack.

Zheng also asked for the female student to testify on his behalf, but she refused and denied ever being with him in order to avoid complications with the CCP.

An athlete before and after his injury, Zheng went on to become a national champion in disabled discus throwing. But he was soon denied from participating in bigger events because the CCP was afraid he would tell the truth. He now lives in the San Francisco Bay Area and continues to advocate for the truth about Tiananmen Square and China’s communist government.