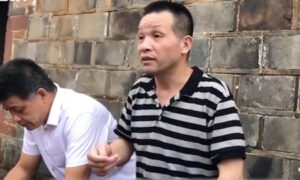 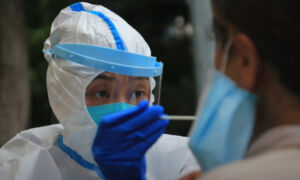 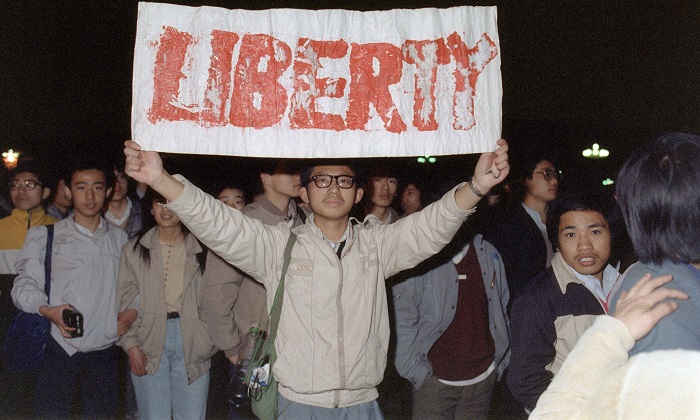 A student displays a banner among the crowd of some 200,000 who poured into Tiananmen Square on April 22, 1989. The April-June 1989 movement was crushed by Chinese troops who killed at least 10,000 people, a secret British diplomatic cable has alleged. (Catherine Henriette/AFP/Getty Images)
Chinese Regime

At Least 10,000 Killed During the Tiananmen Square Massacre, According to Secret Diplomatic Cable

At least 10,000 people were killed during the Tiananmen Square massacre on June 4, 1989 a secret British diplomatic cable has alleged, citing a source within the Chinese communist regime.

An unnamed high level source from the Chinese State Council provided the death count, via an intermediary, to Alan Donald, Britain’s ambassador to China at the time.

Donald sent the information to London a day after the massacre occurred. The previously secret cable was declassified in October and then obtained by news website HK01.

The death toll of 10,000 is much higher than what is usually associated with the massacre committed by the People’s Liberation Army. Figures have ranged between several hundred to a couple of thousand.

The Chinese regime said at the end of June 1989 that 200 civilians and several dozen security personnel had died in Beijing as security forces dealt with “counter-revolutionary riots,” according to the BBC.

However, the 10,000 number does closely match those of U.S. documents declassified in 2014. Those files estimated that 10,454 people were killed and some 40,000 people were injured. The U.S. information was provided by sources within the Chinese military, reported HKFP.

The death count was at one point made in the cables sent by Donald, which included horrific details of the killing of pro-democracy protesters and civilians by the 27 Army of Shanxi Province. The army was “60 percent illiterate and are called primitives,” according to Donald’s source.

Armored personnel carriers (APC) from the 27 Army opened fire on a crowd of pro-democracy protesters before running them over in their tracked APCs, said the documents.

The document said that soldiers from the Shenyang Military Region separated the students from local residents upon arrival at Tiananmen Square.

“Students understood they were given one hour to leave square but after five minutes APCs attacked. Students linked arms but were mown down including soldiers,” said the document.

“APCs then ran over bodies time and time again to make ‘pie’ and remains collected by bulldozer. Remains incinerated and then hosed down drains.”

The 27 Army even killed soldiers from the Shenyang Military Region.

“27 Army ordered to spare no one and shot wounded SMR soldiers. Four wounded girl students begged for their lives but were bayoneted. A 3-year-old girl was injured but her mother was shot as she went to her aid as were six others who tried,” the document said.

Donald added that the 27 Army shot at any ambulances offering aid to the wounded and its APCS rammed trucks used by Shenyang Military Region stragglers and ran over SMR soldiers.

“During attack 27 Army officer shot dead by own troops apparently because he faltered. Troops explained they would be shot if they hadn’t shot officer,” Donald wrote.

He added that the 27 Army were also using dum-dum bullets which are prohibited during war under international law.

According to HKFP, the source relayed to Donald that the commander of 27 Army was the nephew of Yang Shangkun, China’s president at the time.

The British diplomat added that his source said that “some members of the State Council considered that civil war is imminent.”