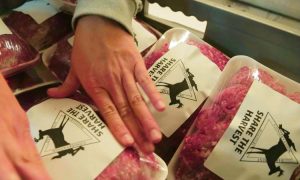 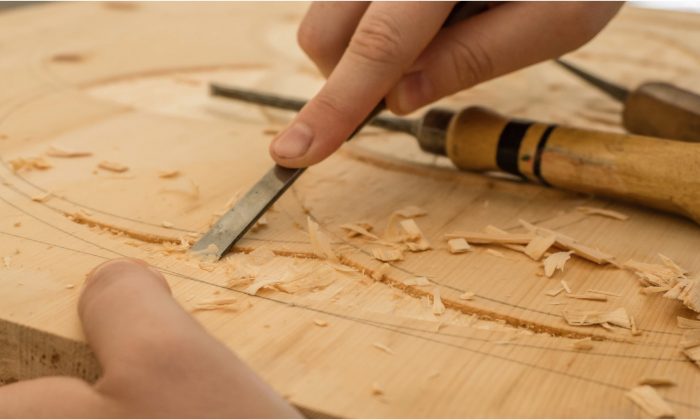 Stock photo of a carpenter at work. (Dominik Scythe / Unsplash)
US News

A frugal Iowa carpenter saved money all his life and then used his $3 million nest egg to put 33 strangers through college.

Dale Schroeder grew up poor and didn’t manage to get a college education.

“He was that kind of a blue-collar, lunch pail kind of a guy,” Schroeder’s friend Steve Nielsen told KCCI. “Went to work every day, worked really hard, was frugal like a lot of Iowans.”

He never married and had no children. Before he passed away in 2005, he told his friend he wanted to use his money to help those less fortunate.

“He wanted to help kids that were like him that probably wouldn’t have an opportunity to go to college but for his gift,” Nielsen told the news outlet.

KCCI reporter Eric Hanson posted the story on Facebook, and someone claiming to have been a coworker of Schroeder’s commented.

“I worked with Dale for 8 years at Moehl Millwork,” wrote Deb Sanders Harre. “What a great guy and a great gift he gave helping put so many young people through college.”

“Bless his giving heart,” someone else commented on the post. “Changed lives.”

A scholarship fund was set up with much of the nearly $3 million he had saved up over the course of around 70 years of carpentry work.

ABC Action News reported that every single one of the 33 people Schroeder helped with his generosity graduated from college debt-free.

“All we ask is that you pay it forward,” Nielsen said. “You can’t pay it back because Dale’s gone. But you can remember him and you can emulate him.”

“What an amazing thing he did!” one commenter wrote. “I hope those kids do pay it forward.”

“What an amazing man!!” someone else commented. “Just when you think there’s nothing that can restore your faith in humanity, someone comes along to prove good people are still out there. I hope his ‘kids’ carry on his kindness.”

“A simple man changed so many peoples lives,” another commenter wrote. “He left a legacy that I hope carries over throughout the years! God bless him.”

The story of Dale Schroeder’s generosity recalls the case of a 62-year-old Florida man on March 18 donated his 100th gallon of blood.

David Williams, a car mechanic by trade, has for the past two decades taken time out of his schedule to visit the OneBlood Leesburg Donor Center every week or two for a two-hour sitting each time, ClickOrlando reported.

To mark the special occasion of his 100th gallon of donated blood, Williams received a birthday cake as a thank you.

News4JAX posted the story on its Facebook page, to numerous comments.

AMAZING!❤ A 62-year-old man donated his 100th gallon of blood after 22 years of giving to OneBlood! https://t.co/pnmt6bIxB6

“Thanks for being a hero! Who knows? I may be one of the lives you saved!” one person commented.

“Thank you for saving all those lives,” someone else wrote.