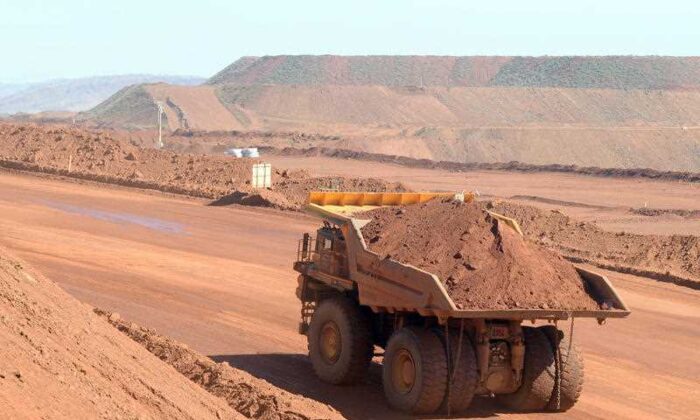 “In the event that an iron ore glut emerges over coming years, Australian miners could be susceptible to the same kind of discriminatory action that China has taken against Australian coal,” the report (pdf) said.

“Australia could make it more difficult for China to take such a step by taking action now against China over its ban on Australian coal.”

Since Australia’s May budget, the iron ore price has reached a record high of about $US230/ tonne and then collapsed to below $US100/ tonne as Beijing suppressed its steel industry to rein in the price.

Report author David Uren, a specialist in international economic relations, argued that WTO rules, although being flouted by China, remain Australia’s “best and only defence.”

“Although the WTO’s processing of disputes can drag on for years, there’s precedent for China complying with adverse rulings,” he said, citing the example of Beijing abolishing export controls and duties on rare earths in 2015 after the WTO rule.

“Importantly, success before the WTO in a case over coal could act as a precedent for any similar discrimination against Australian iron ore.”

Australia has so far taken China to the WTO over trade disputes over wine and barley.

Uren warned against imposing a levy on iron ore sales to China to compensate for losses from Beijing’s punitive trade barriers, as suggested by Senator Matt Canavan— the former resources minister—saying that the move would make Chinese authorities more determined to reduce dependence on Australian iron ore, by seeking alternative supplies and by capping their steel production.

It is argued that China’s plan to diversify iron ore supply from Australia would create an economic hit to the economy, especially the state of Western Australia, which relies heavily on this export.

However, the report also found that China’s effort to curb its steel production has failed in the past five years, with local governments ignoring orders from the central government.

It also noted that China “will never be able to rid itself entirely of the need for Australian supplies,” as Australian iron ore is the cheapest and closest high-quality iron ore for China’s mills.