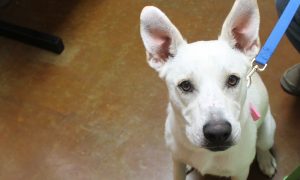 These Photos of Abandoned Pets Will Melt Your Heart

Thinking of getting a pet? Or perhaps giving one to somebody? If you’re debating between a pet store or a shelter, you can consider these stats.

According to the American Society for the Prevention of Cruelty to Animals (ASPCA), across the United States every year:

To be sure, about twice as many animals that enter shelters are strays versus being abandoned. It is therefore likely that some of the animals above were actually strays. But if you lose a pet and don’t check the local shelter, losing can easily turn into abandoning.

There are some 140–170 million cats and dogs owned in the United States. Tens of millions more are strays. The most common reason people get rid of a pet is because their residence doesn’t allow it. Other common reasons are death of the owner, divorce, or that the owner doesn’t have enough time to care for an animal. About 10 percent of dogs are relinquished because of behavior problems, and 10 percent of cats are given away because of allergies.

That’s it for the numbers. The rest is the same as what your parents probably told you: Getting a pet on impulse may be a bad idea. First learn what the animal actually needs to flourish and make sure you’re able to provide it over the long haul. And if you find it in your heart, perhaps enjoy one from a shelter.