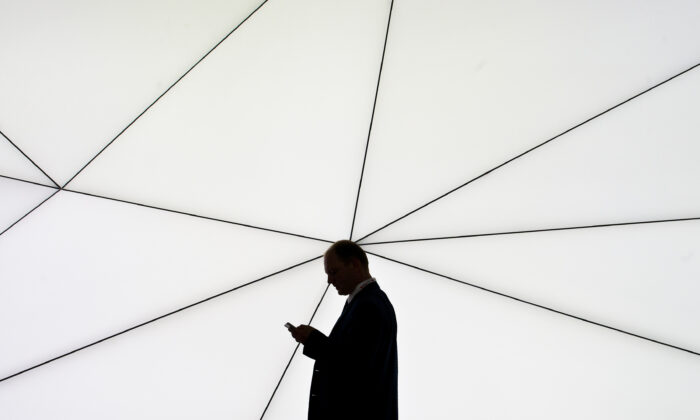 The Spies Who Loathe Us

In the early days of social media—it must have been around the year 2005—a friend wrote that she would stay off it completely and forever. She valued her privacy. She saw absolutely no gain in posting her whereabouts and goings-on for the world to see.

The state can too easily take that information for purposes of compliance. It was all a plot, in her view, to take away that precious thing, the independence of the individual, robbing everyone of privacy and setting up a comprehensive surveillance state.

She was aghast that more people weren’t alarmed at what was happening.

At the time, I thought she was nuts. Now, in retrospect, I see she was right.

Why did I think she was wrong back then? I trusted the private sector. I figured that any business that misused information would face consumer backlash. Plus, I figured the best way to stay out of harm’s way was to live publicly. The more you post and the more you share, the safer you are because at least this way, the state faces some accountability for its actions. Or something like that.

What I failed to anticipate was how technology would be so easily captured by government to do exactly what she predicted. Here we are two years following the most egregious impositions on our freedom in many generations, and we face a behemoth of Big Tech that might as well serve as another department of government itself, but with almost no oversight whatsoever.

In fact, Mark Zuckerberg himself volunteered his entire platform to Dr. Anthony Fauci to be a messenger in favor of egregious public-health measures such as lockdowns, mask mandates, and then vaccine mandates. Contrary views were censored. People and platforms were banned. Facebook and other platforms served as government propaganda organs.

How absurd is it that millions of people have to pray for someone such as Elon Musk to come to the rescue in order to bring back some semblance of free speech and privacy protection? This is not how things are supposed to work. We shouldn’t have to live in hope of a white knight.

Along these lines, we must be deeply grateful to The Epoch Times for generating and distributing credible journalism during this period. It was absolutely essential and still is. Gifting a subscription to a friend or family member is surely one of the most valuable things you can do.

In any case, back to the story. As it turns out, the Centers for Disease Control and Prevention (CDC) used your tax dollars to scarf up location data from shady sources during the depth of lockdowns to find out whether and to what extent people were complying with unconstitutional lockdowns, curfews, and capacity restrictions. We only know this thanks to a Freedom of Information Act request from Motherboard, which revealed everyone’s worst possible fear.

According to Vice: “The Centers for Disease Control and Prevention bought access to location data harvested from tens of millions of phones in the United States to perform analysis of compliance with curfews, track patterns of people visiting K-12 schools, and specifically monitor the effectiveness of policy in the Navajo Nation, according to CDC documents obtained by Motherboard. The documents also show that although the CDC used COVID-19 as a reason to buy access to the data more quickly, it intended to use it for more general CDC purposes.”

The data itself was scraped by Safegraph from cellphone location trackers. Not everyone has that feature turned on, but tens of millions do. The CDC shelled out half a million dollars to get what they had, all of it gathered without any concern for ethics or privacy.

“Location data is information on a device’s location sourced from the phone, which can then show where a person lives, works, and where they went. The sort of data the CDC bought was aggregated—meaning it was designed to follow trends that emerge from the movements of groups of people—but researchers have repeatedly raised concerns with how location data can be de-anonymized and used to track specific people. The documents reveal the expansive plan the CDC had last year to use location data from a highly controversial data broker.”

What this means is that the CDC was essentially monitoring whether you went to get an illegal haircut, an illicit house party, or left the house after a 10 p.m. curfew. It seems strange that we would have any such laws in the United States regardless, and is nothing short of an outrage that a government bureaucracy would pay a private-sector company for access to that in order to monitor your compliance.

And we can see here how this works. You get a phone and it includes apps that want to know your location, often for good reasons. You want to see restaurants around you. You want to know the weather. People who push ads want them to be specific to where you are. So you leave location services on even when you could otherwise turn them off. That allows app companies to scrape vast information from your phone, mostly anonymous but not quite entirely.

This data then becomes available on the open market. The CDC becomes a customer, and why should any company hungry for cash refuse such an offer? Of course, they should, but too often profits trump ethics in this world. The check arrives and out goes the data. In this way, government has the means to spy on you nearly directly.

And it does this without any legislative or judicial authorization. It’s truly lawless.

The damage is done already, but it’s wise to be aware now of what’s possible. Your smartphone is not necessarily your friend. Negligent and naive trust in all applications can be very bad for your life and liberty. However, there are applications you can use that don’t track, and they fully encrypt their communications. Signal and Telegram are two of the most common, and they’re both great.

At this point, too, you should be aware that every text you send using Facebook, Twitter, G-chat, or any product from Big Tech (excluding perhaps iMessage) is a tool for surveillance. At the very least, you should be very careful to turn off location tracking on your phone and keep it off as much as possible. Those who are very careful should consider getting GPS technology that uses hardware that’s separate from your phone.

What can we learn from this fiasco?

My friend was correct all along, as much as I hate to admit it. The corruption of Big Tech is surely one of the great tragedies in the history of enterprise. How this came to be cries out for explanation.

Until then, everyone needs to proceed with caution as well as incredulity toward claims that these dominant platforms have your best interests at heart. They’ve proven that they don’t.