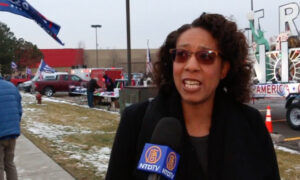 The Question of Technology in Elections

Miguel Moreno
Reporter
Miguel Moreno is a reporter based in New York City who works for the Epoch Media Group. His main area of focus is breaking news and politics.
View profile
biggersmaller
Print

An example of how an election can be skewed through an electronic voting system took place in Michigan’s Antrim County.

The county reported a false result on election night.

But a hand recount confirmed that Trump won the county by nearly 4,000 votes.

Officials blamed the skewed results on human error. Meanwhile, the team that conducted an investigation into the county’s Dominion system concluded that it intentionally generates a high number of ballot errors.

Considering these issues, would it be better for the United States to stop using electronic voting systems and only hand-count ballots?

Zack Smith, a legal fellow at The Heritage Foundation’s Meese Center, says it’s fine as long as there is a paper trail.

“Well, I think it’s fine for election officials to use electronic voting machines and vote-counting machines. But it’s very important that there be a paper trail, a paper back up. And we saw why that was so important this last election cycle because if there are allegations that the software is not functioning properly, there is that paper trail, that paper print out, that we can go back to and verify the election results from,” said Smith.

But getting a hand recount has also proven to be a challenge for some.

Recently, Georgia’s Secretary of State ordered a signature audit of ballots after weeks of pressure from the president and lawmakers.

Miguel Moreno
Reporter
Miguel Moreno is a reporter based in New York City who works for the Epoch Media Group. His main area of focus is breaking news and politics.
Miguel_NTD
TOP NEWS