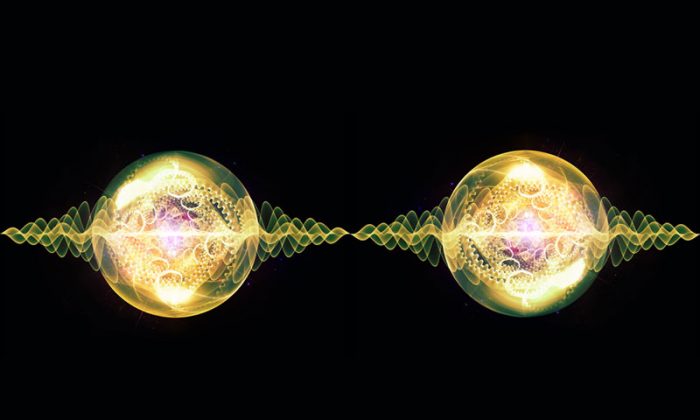 Scientists have figured out the optimal gap needed between two gold nanoparticles to turn them into optical antennae.

When the gap is optimal, the particles can concentrate light shining on them into the tiny regions between the gap. Researchers can use the light to sense molecules inside the space.

“Up until now there were two competing theories surrounding what gap was required between particles to best concentrate the light but we now have the technology to test it,” says lead investigator Ken Crozier, a professor of physics and electronic engineering at the University of Melbourne.

Crozier says he and colleagues used a top-down approach to measure the gap width.

“We coated the nanoparticles with molecules, and performed spectroscopy on them with a laser-based microscope we built. We measured the signal given off by the molecules as a function of the gap width.

This work, published in Nature Communications, gives scientists a deeper understanding of the physics of nanotechnology.

The National Science Foundation and the Harvard Quantum Optics Center supported the project. Lead author Wenqi Zhu performed the work under Crozier’s supervision as a PhD student at Harvard University and is now with the National Institute of Standards and Technology.

*Image of “wave particles” via Shutterstock