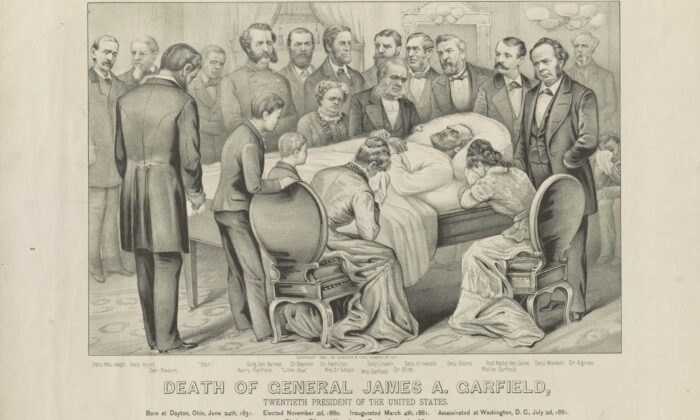 The Origin and Operation of the US Administrative State

On July 2, 1881, only four months into the first term of President James A. Garfield, an angry attorney from Illinois named Charles J. Guiteau shot Garfield in the torso at a Baltimore train station.

Guiteau had a motive. He was furious because he believed, because of his work for the campaign, that Garfield would give him a job in the new administration. But none was forthcoming. It was revenge. Garfield died of the wounds months later.

It was a shocking thing. Congress immediately got to work figuring out how to prevent the next assassination. They had the theory that they needed to end the system of patronage in government, so that way people wouldn’t get mad and shoot the president. Not a very good theory, but this is how politics works. The result was the Pendleton Act that created a permanent civil service. The new president, Chester Arthur signed the bill in 1883. It was done: The administrative state was born.

What Congress did not understand at the time was that they had fundamentally altered the American system of government. The Constitution nowhere provides for a permanent class of administrative overlords to whom Congress could outsource its authority. It nowhere said that there would exist a machine technically under the executive branch that the president could not control. The Pendleton Act created a new layer of statist imposition that was no longer subject to democratic control.

It wasn’t so bad at first, but then came the Federal Reserve, the income tax, and the Great War. The bureaucracy expanded in scope and power. Each decade, things got worse. The Cold War entrenched the military-industrial complex, and the Great Society built a massive civilian-controlling welfare state. So on it went until today, when it’s not even clear that elected politicians matter much at all.

As just one example, once Donald Trump figured out that he had been tricked by Anthony Fauci, Trump considered firing him. Then came the message: He cannot. The law doesn’t allow that. Trump was surely amazed to hear this. He must have wondered: How is this possible? It is very much possible. That same status pertains to millions of federal employees, between 2 million and 9 million, depending on whom one wants to include as part of the administrative state.

Is Change Even Possible?

The conventional wisdom is that November will bring dramatic change to the political landscape in Washington. Two years after that, the presidency will change from one party to the next. It’s becoming very apparent that this administration and the party it represents are probably toast. It’s just a matter of waiting for the next election.

Thank goodness for democracy, right? The right question to ask is whether it will change anything. You are not cynical if you doubt that much will change. The problem is baked into the structure of government today, which is not like what the Constitution’s framers imagined it to be.

The idea of democracy is that the people are in charge through their elected representatives. The opposite would be, for example, a vast and permanent class of administrative bureaucrats who pay no attention at all to public opinion, elections, or elected leaders and their appointments.

Sad to say, but that is exactly the system we have in place today.

The past two years have given us a chilling lesson in who really runs the country. It’s executive-level agencies that are utterly unresponsive to anything or anyone, except perhaps the private-sector forces of power that have revolving doors back and forth. The political appointees tapped to head agencies such as the Centers for Disease Control and Prevention or Health and Human Services or whatever are basically irrelevant marionettes about whom the career bureaucrats laugh, if they pay any attention to them at all.

Years ago, I lived in some condominiums near the Beltway, and all my neighbors were career workers for federal agencies. You name it: Transportation, Labor, Agriculture, Housing, whatever. They were lifers, and they knew it. Their salaries depended on paper credentials and longevity. There was no way they could ever be fired, short of something impossibly egregious.

Naively, I early on tried to talk about issues of politics. They would stare at me with blank faces. I thought at the time that they must have had strong opinions, but were somehow prevented from talking about it.

Later, I came to realize something more chilling: They didn’t care in the slightest bit. Talking to them about politics was like talking to me about hockey teams in Finland. It’s not a subject that affects my life. That’s how it is with these people: They are utterly and completely unaffected by any political shifts. They know it. They take pride in it.

Pictures on the Wall

About the same time, for odd reasons, I found myself spending several weeks in the offices of the Department of Housing and Urban Development (HUD). I was doing research and had full access to all records, back when something like that was actually possible for a regular citizen. It was a time when the old politically appointed director of HUD was on his way out and a new one was on his way in.

I was quietly working when I heard a series of loud crashes of glass in the hallway. I stuck my head out and watched. A guy was walking along, flicking pictures of the old guy off the wall and letting them crash down to the ground. About an hour later, a guy came along with a broom and swept up the mess. An hour after that, a guy came along and hung new pictures of the new guy on the wall.

During the entire noisy ordeal, not one other employee of the agency showed the slightest curiosity about what was happening. They had seen this dozens of times and just didn’t care. Looking back, it’s pretty obvious that this scene sums it up. The permanent bureaucracy is completely unaffected by any of the cosmetic changes in politics.

Let’s say that 2 million people occupy the permanent administrative state, excluding things such as military and postal employees. The political appointments granted to the new president are about 4,000, and they come and go. Politics is mortal; the bureaucracy is immortal.

To be sure, the Republicans could do something about this problem, but will they? Nearly every elected leader has something to hide. If they don’t, the media can always make something up. This is how the administrative state keeps the political class in line, as we saw during the Trump years.

Let’s not be naive about the prospects for change. It’s going to require far more than merely electing a new class of supposed rulers via the democratic process. The real rulers are too smart to subject themselves to the business of elections. Those are designed to keep our minds busy with the belief that democracy still survives and that therefore it is the voters, not the government, that is responsible for outcomes.

Until the public figures this game out, genuine change will still be a very long time away. Meanwhile, the emerging economic crisis is going to unleash the administrative state as never before.