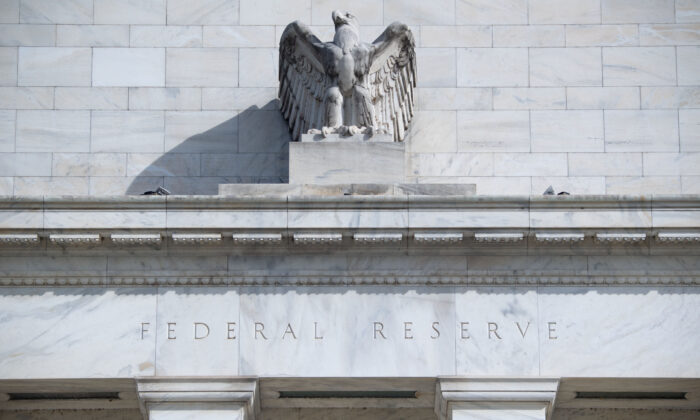 The Fed and the Sound of Inevitability

“You hear that Mr. Anderson? That is the sound of inevitability.” —Agent Smith (“The Matrix”)

In the movie “The Matrix,” the hero, Neo or Mr. Anderson, is eventually able to escape from the chokehold of Agent Smith and avoid a collision with an approaching metro train (the “sound of inevitability”). The Federal Reserve, with its balance sheet run-off program, or quantitative tightening (QT) announced on May 5, won’t be so lucky.

I have detailed the process of QT in my previous article, so I won’t dwell on the specifics of that here. But I will detail why the plan of the Fed to shrink its balance sheet at a pace of $47.5 billion to $90 billion per month is the stuff of dreams—or nightmares to be exact. For this, we need to thoroughly understand how quantitative easing (QE) and QT programs have affected the financial markets.

We were probably one of the first to publish an extensive description of how the artificial central bank liquidity from the QE programs mutated the credit and asset markets in the March 2018 (pdf) issue of our Q-Review series. In the report, we found that QE has two main channels through which programs affect the financial markets:

Through these channels, QE leads to higher equity prices, converging yields across the bond universe, lower risk premiums, higher leverage, and increased risk-taking in the financial markets. In a word, QE programs encourage speculation, and the longer and bigger the program, the more widespread the speculation.

With QT, everything turns into reverse. Artificial central bank liquidity is drained and the central bank allows markets to correct, which leads to growing risk-aversion among investors. Interest rate differentials (or spreads) start to grow leading to a “run to safety,” that is, to investors moving toward less-risky bonds, such as Treasurys. Margin calls start to increase and leveraged positions are unwound. Pressure builds until a selling panic starts in some speculative corner(s) of the financial markets with investors stampeding toward an exit, causing the market to crash. From there on, the panic is likely to spread, unless the central bank makes a 180-degree turn into easing. That’s what has happened in the past.

In the figure below, I present the actual level of the balance sheet of the Fed from January 2018 to April 2022. Pre-coronavirus, the Fed’s balance sheet peaked in mid-January 2015 at $4.516 trillion. Its size drifted very slowly downward until then-chairman of the Federal Reserve, Janet Yellen, enacted the QT in October 2017 with a $10 billion reduction in a month. In January 2018, the speed accelerated to $30 billion.

Now the Fed is planning to shrink its balance sheet from an unfathomable level of about $9 trillion to $6.8 trillion, a decline of around $2.2 trillion, in just two years! How do you think that will go?

Well, I am ready to quit as an economist if the Fed is able to pull that off without crashing the markets and most of the financial system with it. It just can’t be done. The whole financial system has become bloated by the artificial liquidity of the QE programs.

But the thing is that the Fed is forced to try. The amount of newly printed money from QE needs to be withdrawn to get inflation under control. The April year-over-year inflation print was 8.3 percent, a meager decline from March’s 8.5 percent figure. Core inflation, excluding food and energy, grew 0.6 percent (month over month), which indicates that inflation pressures are becoming more widespread.

This practically guarantees that the balance sheet runoff of the Fed will go ahead as planned.

I am making a prediction that, if the Fed sticks to its guns, that is, it raises interest rates and enacts the balance sheet runoff as planned, financial markets will start to fall apart in a matter of months. As of the time of writing, we are also seeing the first signs of this, driven by mere knowledge of coming monetary tightening. Equity markets have been under quite heavy selling and junk-bond corporate ETFs have seen notable outflows.

Looking back, the change in the mindset in the markets arrived in December, probably driven by the realization that inflation won’t come down and that the Fed needs to act.

In any case, the decline in economic activity we expect to become clearly visible in the United States in late summer/fall, combined with the withdrawal of artificial central bank liquidity could, easily, lead us to another Great Crash (of 1929), when the major U.S. stock indexes declined by 29 percent in just four trading days (between Oct. 23 and 29).

We naturally have to wait and see what the Fed and other central banks do, but currently the road is laid to an epic crash, which will also, with a high likelihood, put in motion an outright economic collapse. To put it bluntly, come fall—if not sooner—the chickens of this failed monetary experiment are coming home to roost.

In “The Matrix,” Neo (Mr. Anderson) had powers to alter the observed reality through his understanding that it wasn’t “real,” but created by a program code. Here, with the onset of QT, the “reality-train” of markets is about to catch up with the Fed, and that’s the sound of inevitability the Fed will be unable to escape.