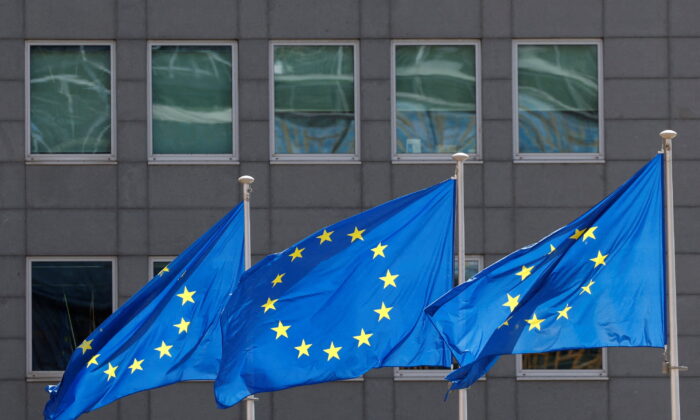 The European Union Is About to Rupture

The possible, even likely, collapse of the European economy would inflict some heavy costs to present European institutions. In this article, Peter Nyberg and I detail why we believe we’re likely to see some rupturing of the European Union as originally conceived.

This may occur in two ways: Either the EU disintegrates completely, or it mutates into something unrecognizable to its original purpose.

This commentary concentrates on some of the factors causing the disintegration.

The functioning of the EU has, until recently, been built on two political pillars that now appear to be crumbling: Primarily, German growth has made possible the joint financing (through low-cost debt, the EU budget, and the central banks’ clearing system) of unsuccessful economies without the EU forcing them to commit to politically unacceptable reforms. Beneficent global developments have made possible the concentration on economic integration while going slow on the much more contentious integration of cultural, social, and foreign policies.

The deterioration of the global economy, together with EU policies, now threatens industry and living standards in EU member states, reduces the scope of joint economic support, and forces member states to rapidly evaluate their readiness for possibly radical reductions in their political self-determination. This is most evident in Italy.

The yields of Italian sovereign debt have reached levels that can be considered unsustainable, given the country’s high indebtedness and low rate of economic growth. For example, the yield of the Italian 10-year bond breached the 4 percent line late this past week.

The maturity structure of Italian debt is also rather unfavorable. At the end of June, for example, Italy had issued only 52 percent of its needs for external financing in 2022. In addition, 35 percent of her outstanding debt will come due already in 2024. Half of her total debt will come due within five years.

Without active country-specific support from the European Central Bank (ECB), which the newly introduced Transmission Protection Instrument is designed to facilitate, Italian debt is unsustainable at current yields. Disagreements among member states on the wisdom of filling the ECB with Italian bonds are bound to weaken the glue keeping the EU together as before.

The energy crisis is also sowing seeds of serious inner conflict. The politics in the EU are becoming less forgiving as difficulties mount.

Both Hungary and the Czech Republic have objected to the plans for a price cap of Russian gas, which now looks unlikely to be enforced. The European Commission also is planning to cut funding for the Hungarian government of Viktor Orban due to “rule-of-law concerns.” This is unlikely to increase the incentives for Hungary to stay in the union.

More generally, as funding is made conditional for countries meeting the test of adhering to “European values,” one can expect the list of such essentially political requirements to grow as economic conditions worsen and demands for uniform policies grow.

For example, Poland is fed up with constant extra demands from the EU, such as the demand to walk back from the changes the Polish government was planning to the judicial system, considering the distribution of funds from the recovery fund to its government.

Krzysztof Sobolewski, the governing party’s secretary-general, has warned that without a clear change in the actions of Brussels, “[they] will have no choice but to pull out all the cannons in [their] arsenal and open fire.”

Since a number of contentious decisions still require unanimity, such a threat might be unwise to take lightly.

Fault lines are also emerging regarding the Russia sanctions.

Moderation in this respect, as ultimately needed by Germany and especially Italy, isn’t readily accepted (and may even attract internal sanctions). Russia naturally uses existing differences to reduce the cohesion of the EU.

Reports state that Russia is preparing the first shipment from its new liquefied natural gas plant to Greece. Hungary, as an outlier, is buying additional gas from Russia in accordance with their new agreement. It will be interesting to see what Germany may choose to do if the impact of energy scarcity on its economy and population is as large as some reports suggest.

Besides financially, Italy is also between a “rock and a hard place” on gas issues. While she has been able to cut Russian gas imports from around 40 percent to 15 percent to 20 percent, it’s becoming practically impossible to cut them much farther. There are serious bottlenecks dictating how much gas can be transferred from southern to northern Italy. Essentially, only a sufficient Russian gas supply can keep the lights on in northern Italy, which is also the industrial hub of the country.

Practically, this means that President Vladimir Putin has the ability to push Italy into a deep recession and create yet another economic basket case in the EU. This time, Germany may not be able to guarantee the financing needed for saving Italian companies and the nation’s banks. If so, yet another debt crisis may well come ablaze in the eurozone.

The question is, will the new government of Italy just sit and wait for this, or will it, perhaps, insist that the EU or the country itself negotiate a deal with Russia?

So, how will the EU respond to these threats?

We’re assuming that the European Commission is, at some point, encouraged to propose a recovery fund 2.0, which would need to be considerably larger than the previous one (around 800 billion euros). The fund would provide financing for countries to cope with rising energy prices as well as to help the bond markets of Italy and others to retain market confidence.

The ECB may even be forced to restart quantitative easing while it raises rates. Indeed, this may already be happening, as the balance sheet of the ECB has grown by some 13 billion euros since mid-August.

The commission is likely to try to gather more power for itself through essentially unconstitutional demands, such as the preposterous “mandatory demand cut” for electricity consumption. The commission has no right, legally or otherwise, to prescribe such an action from its member states, though reducing demand by itself is a sensible policy at this point and could be the subject of a commission suggestion.

The question remains: Will all the member states “play ball” in this and coming issues? We aren’t so sure.

Peter Nyberg retired from the position of director general of the financial markets department at the Finnish Ministry of Finance.