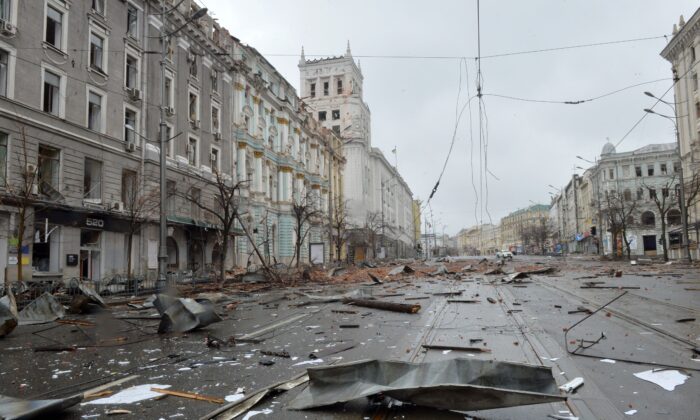 The Economic Implications of Russia’s Invasion

Russia’s invasion of Ukraine has shocked the world. With its vastly superior Russian military ravaging the Ukrainian people, the global response has been unprecedented.

Much of the world has reacted to the invasion with more than the usual condemnation. Civilized, peace-loving countries have cut off economic ties with the invader. Russia will now be doing business with those countries that approve of an aggressive war-mongering approach to dealing with other countries.

Cutting economic ties with Russia will create problems for the rest of the world. Supply chains will be further disrupted and inflation and interest rates will rise even higher. However, the greatest problems will be those the protagonist will have to face.

Russia was already a failed economy before Putin decided to invade Ukraine. Although it pretends to be a legitimate world power, its power is based on a strong military and its possession of nuclear weapons.

With the largest landmass in the world, Russia has the greatest supply of natural resources in the world. Given its attributes, the country has never lived up to its potential. Under communism, it had an excuse for being an economic failure. Since throwing off the shackles of communism, Russian leaders continued to make bad economic decisions.

With output per capita estimated at $25,000 per year, living standards in Russia are 20 to 35 percent below those in the Czech Republic, Poland, Slovakia, Estonia, and Lithuania.

In the modern world, a country’s wealth is not measured by its landmass or resources. A country’s wealth depends on the creativity and productivity of its workers and businesses. The key to releasing that wealth is to have faith in people, not government.

Countries that achieve the greatest economic success are those with the highest ratings of economic freedom. Russian economic freedom scores are below the world’s average according to the latest data from the Fraser Institute and the Heritage Foundation. Without economic freedom, all the landmass and resources in the world will not produce a prosperous country.

Weakened from a history of misguided economic policies, Russia now faces the almost total removal of its ties to the peace-loving world. The ramifications will drive an already weak economy back to the same failed state it was before 1991.

If Putin gets to increase his landmass by keeping Ukraine, the fallout from the acquisition will demoralize the Russian people and further weaken its economy.

Europe’s luxury of low levels of defense spending will end. Faced with a new and obvious threat, European countries will rebuild their military capabilities. This will place Russia in a similar position to where it was in the early 1980s. At that time, former President Ronald Reagan rebuilt the U.S. military to confront the threat from the Soviet Union.

Confronted with a major buildup in the U.S. military, Russia’s leaders knew back then that their struggling economy couldn’t keep up with the United States. The days of the Soviet Union were numbered. It was only a matter of time for its official demise.

Putin’s attempt to annex Ukraine will be his Waterloo. The extra land Putin hopes to add to Russia will further drain the feeble Russian economy. The end result will be another sad chapter in the history of a country that always had potential, but was never able to understand the economic policies necessary to achieve it.

Meantime, the rest of the world will pay a price for Putin’s misguided invasion and for the bold decision to face up to a bully.

Those who assume all leaders want to live in harmony with others are forced to accept the reality that the world can be a dangerous place. Peace-loving nations would prefer to spend money elsewhere. They will no longer have that luxury. A strong military has been and will continue to be the best way to deter those who seek to expand their power over others.