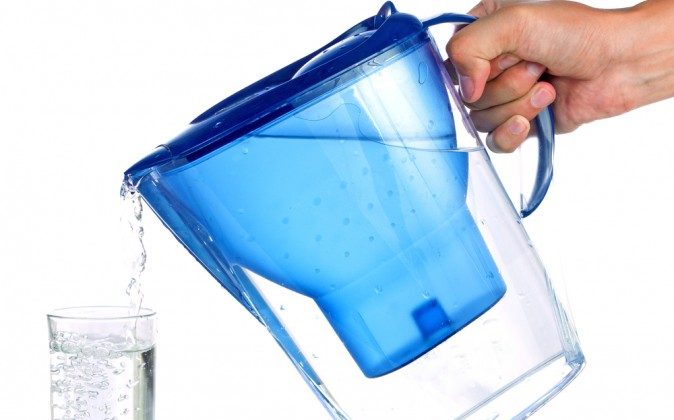 The Aspartame End Game… And What’s Next

For the last 17 years, I’ve warned that artificial sweeteners can wreck your health. Aspartame is among the worst of the bunch, and in general, people who consume aspartame tend to be in poorer health. They also tend to develop more of a sweet tooth.

I found the evidence against artificial sweeteners to be so compelling, and the hazards so disconcerting, I wrote an entire book on the subject called Sweet Deception, published in 2006. Now, years later, the research I presented in that book has been confirmed many times over, and the tide is finally beginning to turn against this toxic food additive.

Soda consumption is now in “freefall,” having dropped to its lowest point since 1995, according to Time Magazine,1 with diet sodas taking the greatest hit.

“One reason for the decline could be a growing awareness of the obesity epidemic in the US and growing health concerns surrounding sugar-sweetened beverages. According to Reuters, industry experts say the beverage industry is shrinking under the scrutiny. Even diet-branded drinks have suffered a loss of sales with concerns over artificial sweeteners.”

It is very gratifying to see this turn of events, knowing we’re making a difference. Also, quite frankly, I’m tired of writing about something this obviously harmful. I’ll be happy to move on to other challenges that threaten your health.

Most recently, one of the largest studies of its kind, which included nearly 60,000 post-menopausal women who were followed for about 10 years, found that drinking just two diet drinks a day can dramatically increase your risk of an early death from heart disease.4, 5 The findings were presented at the American College of Cardiology’s 63rd Annual Scientific Session in Washington, DC.6 As reported by the University of Iowa:7

‘This is one of the largest studies on this topic, and our findings are consistent with some previous data, especially those linking diet drinks to the metabolic syndrome,’ says Dr. Ankur Vyas… the lead investigator of the study.

On average, women who consumed two or more diet drinks a day were younger, more likely to be smokers, and had a higher prevalence of diabetes, high blood pressure, and higher body mass index.”

Granted, there are limitations to this study. The nutritional data was gathered using questionnaires, and people are notorious for not remembering exactly what they eat and drink each week. So while there’s an association, the study cannot prove causation.

Still, other studies have come to the same conclusion, so these findings simply add to an already voluminous pile of evidence showing an association between artificial sweeteners and poor health outcomes.

According to Susie Swithers, a professor of psychological sciences at Purdue University who studies the effects of artificial sweeteners in animals, the featured findings are not at all surprising. Her animal research also shows that diet drinks promote heart problems, and that animals fed artificial sweeteners develop a disrupted metabolic response to real sugar. She recently told MedicineNet.com:8

“[Like diabetics], they become hyperglycemic. Their blood sugars go up higher than they should. They also make less of a heart-protective protein. If drinking diet soda interferes with this system, then over the long term you’re taking something away that protects your cardiovascular health, and that could be what’s contributing to these effects.”

Regular soda drinking is also strongly associated with obesity and poor health. This link is easier to grasp however, since more people understand the health hazards of excessive sugar consumption nowadays.

The fact that low- or no-calorie sweeteners do as much harm (or more!) than sugar, on the other hand, has seemed, and still seems, counterintuitive to many. Fortunately, this confusion is beginning to lessen. In fact, we may finally have reached the tipping point where enough people understand the hazards, which means the end of aspartame and other artificial sweeteners is near.

Scientific American10 previously ran an article explaining the science behind this phenomenon. In a nutshell, when you eat something sweet, your brain releases dopamine, which supplies you with a jolt of pleasure. Your brain’s reward center is activated.

The appetite-regulating hormone leptin is also released, which eventually informs your brain that you are “full” once a certain amount of calories have been ingested. In contrast, when you consume something sweet but non-caloric (i.e. an artificial sweetener), your brain’s pleasure pathway is still activated by the sweet taste, but there’s nothing to deactivate it, since your body is still waiting for the calories. As a result, you may end up overeating.

Another recent report published in the journal Trends in Endocrinology & Metabolism11 found that diet soda drinkers suffer the same exact health problems as those who opt for regular soda, including excessive weight gain, type 2 diabetes, cardiovascular disease, and stroke.12, 13 The sad fact is, Americans in particular are addicted to sweet flavors, which appears to trigger a complex set of biological systems, pathways, and mechanisms that in the end leads to excess weight gain—whether that flavor comes loaded with calories or not.

The connection between sweet taste alone and increased hunger can be found in the medical literature going back at least two decades. These two studies, for example, dating back to the late 80s and early 90s, both showed this link between artificial sweeteners and increased hunger:

Physiology & Behavior, 198814 – In this study, they determined that intense (no- or low-calorie) sweeteners can produce significant changes in appetite. Of the three sweeteners tested, aspartame produced the most pronounced effects.
Physiology & Behavior, 199015 – Here, they again evaluated whether or not the mere taste of “sweet” increases hunger, by having human subjects chew gum for 15 minutes containing various levels of aspartame (0.05%, 0.3%, 0.5%, or 1.0%).

Interestingly, although those who chewed artificially sweetened gum reported increased hunger compared to the control group who were given nothing or unsweetened gum base to chew, the increase did not directly correlate with the aspartame concentration in the gum.

“The highest aspartame concentrations had a time-dependent, biphasic effect on appetite, producing a transient decrease followed by a sustained increase in hunger ratings. Thus, the concentration of the sweetener, the sex of the subject, and the time after chewing, were all important determinants of whether ‘sweetness’ increased hunger.”

How Aspartame Can Wreak Havoc with Your Health

Problem number two relates to the fact that humans are the only mammals who are NOT equipped with a protective biological mechanism that breaks down methanol into harmless formic acid. This is why animal testing of aspartame does not fully apply to humans. According to Dr. Woody Monte, a toxicology expert and professor emeritus at Arizona State University in food and chemistry:

“There is a major biochemical problem here. Methyl alcohol is known now, and has been known since 1940, to be metabolized differently by humans from every other animal.”

As explained by Dr. Monte, in humans, the methanol ends up acting as a Trojan horse, and here’s how. Both animals and humans have small structures called peroxisomes in each cell. There are a couple of hundred in every cell of your body, which are designed to detoxify a variety of chemicals. Peroxisome contains catalase, which help detoxify methanol. Other chemicals in the peroxisome convert the formaldehyde to formic acid, which is harmless, but, again, this last step occurs only in animals. Human peroxisomes cannot convert the toxic formaldehyde into harmless formic acid.

So to recap: in humans, the methyl alcohol travels through your blood vessels into sensitive areas, such as your brain, that are loaded with ADH, which converts methanol to formaldehyde. And since there’s no catalase present, the formaldehyde is free to cause enormous damage in your tissues. Symptoms from methanol poisoning are many, and include headaches, ear buzzing, dizziness, nausea, gastrointestinal disturbances, weakness, vertigo, chills, memory lapses, numbness and shooting pains in the extremities, behavioral disturbances, and neuritis.

The most well known problems from methanol poisoning are vision problems including misty vision, progressive contraction of visual fields, blurring of vision, obscuration of vision, retinal damage, and blindness. Formaldehyde is a known carcinogen that causes retinal damage, interferes with DNA replication and may cause birth defects. Not surprisingly, the most comprehensive and longest human study looking at aspartame toxicity found a clear association between aspartame consumption and non-Hodgkin’s Lymphoma and leukemia.

As consumers increasingly avoid artificial sweeteners like aspartame, Splenda, and others, Coca-Cola and PepsiCo are trying to save their sinking business by developing the next generation of artificial sweeteners. In my opinion, it’s doubtful that these newer sweeteners will be any safer than previous versions, but it may fool many, because these newer additives won’t be listed on the label.

As reported by The Motley Fool,16 PepsiCo now has worldwide exclusive rights to use Sweetmyx (S617) in non-alcoholic beverages. The sweetener, developed by Senomyx—a biotech company that specializes in novel flavor modifiers and flavor enhancing food additives—was recently granted Generally Recognized as Safe (GRAS) status,17, 18 which opens the door for commercial use. (Firmenich has lifetime rights to commercialize Sweetmyx for alcoholic beverages and food products.)

The crux here is that Sweetmyx is considered a flavor additive, which allows it to slip beneath the radar. It will simply be lumped together under the “artificial flavors” listing on the label, and doesn’t have to go through the FDA approval process.

The reason for this is because it’s not actually a sweetener per say. Rather, it is a flavor modifier; a chemical substance (protected as a trade secret) that tricks the taste receptors on your tongue to send the message to your brain that what you’re tasting is sweeter than it really is. Hence, less fructose or sugar can be used in the product, while still providing the same sweet taste. But as discussed earlier, such tricks tend to backfire, and could create unsuspected metabolic havoc. At present, no one knows exactly what the ramifications might be.

Sweetened beverages, whether it’s sweetened with sugar, HFCS, naturally-occurring fructose, or artificial sweeteners, are among the worst culprits causing obesity and related health problems, including diabetes and heart and liver disease, just to name a few. Remember that sweetened beverages also include flavored milk products, bottled teas, and “enhanced” water products. I’d be leery of anything listing “artificial flavors” as well—especially if the products boasts being low in sugar.

Ditching ALL of these types of beverages can go a long way toward reducing your risk for chronic health problems and weight gain. Your best, most cost effective choice of beverage is filtered tap water. I strongly recommend using a high-quality water filtration system unless you can verify the purity of your water. Since most water sources are now severely polluted, the issue of water filtration and purification couldn’t be more important.

Besides purification, I also believe it’s critical to drink living water. Last year, I interviewed Dr. Gerald Pollack about his book, The Fourth Phase of Water: Beyond Solid, Liquid, and Vapor. This fourth phase of water is referred to as “structured water” and is the type of water found in all of your cells. This water has healing properties, and is naturally created in a variety of ways.

Water from a deep spring is one excellent source of structured water, and there’s a great website called FindaSpring.com19 where you can find a natural spring in your area. You can also promote structured water through vortexing, i.e. stirring your water, creating a vortex in the glass or pitcher.

Image of purified water via Shutterstock