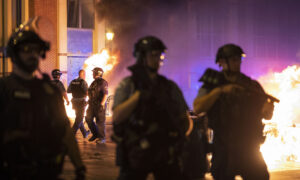 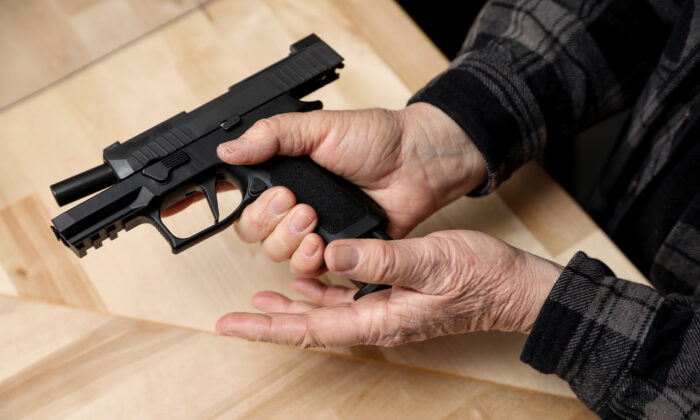 Texas has joined a coalition of what is now 25 states urging the U.S. Supreme Court to repeal a New Jersey law banning the possession of firearms with magazines that hold more than 10 bullets, arguing the measure violates the Second Amendment and leaves law-abiding citizens less able to defend themselves against dangerous criminals.

Texas Attorney General Ken Paxton announced in a statement that he had signed onto an amicus brief (pdf) that argues allowing law-abiding citizens to carry firearms with 11-plus capacity magazines benefits public safety, counterbalances the threat of illegal gun violence, and helps “make our streets safer.”

“New Jersey’s law is a blatant violation of the Second Amendment, and its mere existence threatens the rights of law-abiding citizens. This law must be struck down,” Paxton said. “Criminalizing the possession of a magazine that is so commonly used leaves Americans defenseless and vulnerable, especially in high crime areas.”

Under the 2018 New Jersey law, it’s illegal to produce, transport, sell, or otherwise dispose of magazines with more than a 10-round capacity, which the law characterizes as a “large-capacity magazine.” The law was upheld by the Third Circuit Appellate Court last year after a New Jersey gun association and two individuals challenged the ban. The association asked the full court of the Third Circuit to hear the case, but that review was denied in an 8–6 vote.

The coalition of 25 state attorneys general is urging the Supreme Court to review the decision that upheld New Jersey’s ban on 11-plus gun magazines. The group argues in the amicus brief that “large-capacity” is a misnomer, as many of the most popular firearms owned in the United States come standard with a range of 11 to 15 bullets, and there’s “nothing sinister” about such magazines. The group claims 11-plus magazines are permitted in 43 states and are considered “standard equipment for many commonly used handguns designed for self-defense.”

“New Jersey lawmakers are operating in total ignorance of our ability to protect ourselves and our families,” Brnovich said in a statement. “We hope the Supreme Court will hear this case and reverse this misguided attempt to erode our rights.”

The New Jersey attorney general’s office didn’t respond to an earlier request for comment by The Epoch Times.

The Biden administration is seeking to tighten gun restrictions and introduce measures across the country seeking to control the sale and use of guns and firearm parts such as magazines. President Joe Biden has previously declared shootings a “public health crisis.”

The Justice Department issued a notice of proposed rulemaking on May 7 that the department said would “modernize the definition” of frame or receiver and close a regulatory loophole related to “ghost guns.”

Following a mass shooting in San Jose, California, on May 26, Biden issued a statement calling on Congress to take “immediate action and heed the call of the American people, including the vast majority of gun owners, to help end this epidemic of gun violence in America.”