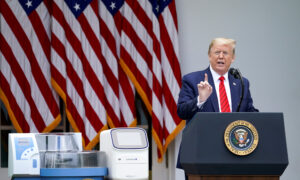 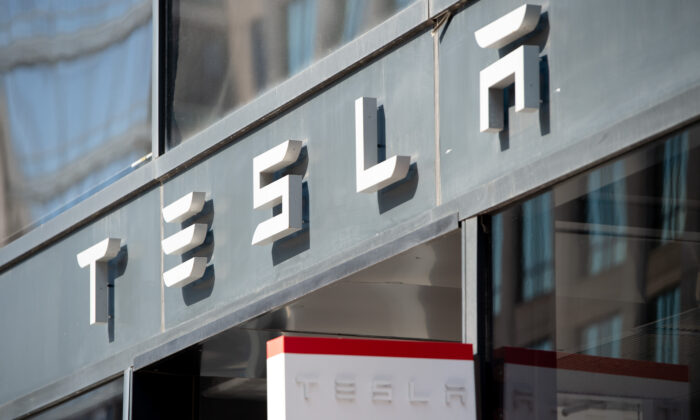 The Tesla logo is seen outside of their showroom in Washington on Aug. 8, 2018. (Saul Loeb/AFP via Getty Images)
US News

Tesla Inc blew past $500 billion in market value on Tuesday as investors snapped up its shares in the run-up to its debut in the S&P 500, extending a meteoric rally that has seen it surge over 500 percent this year.

Tesla is Wall Street’s seventh most valuable company, just behind Berkshire Hathaway, and its shares have rallied over 30 percent  since Nov. 16, when it was announced Tesla would join the S&P 500 benchmark.

Index funds that replicate the S&P 500 will have to buy more than $50 billion worth of Tesla’s stock ahead of its inclusion to the index on Dec. 21. Additionally, Goldman Sachs estimated last week that actively managed mutual funds could buy another $8 billion of Tesla shares after it is added.

Tesla has become by far the world’s most valuable automaker, despite production that is a fraction of Toyota Motor Corp, Volkswagen or General Motors Co.

“One of the core underpinnings of the Biden platform will be around pushing clean energy and zero-emissions vehicles with hopes of accelerating the deployment of electric vehicles and public charging outlets by 2030,” Wedbush analyst Daniel Ives wrote in a research note.

By Subrat Patnaik and Noel Randewich