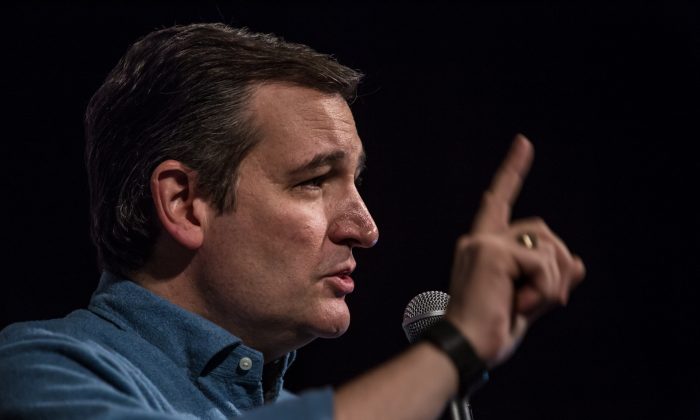 Ted Cruz sent out an unauthorized “election notice” to some Iowa voters prior to the caucus.

“You are receiving this election notice because of low expected voter turnout in your area. Your individual voting history as well as your neighbors’ are public record,” it said.

“Their scores are published below, and many of them will see your score as well. Caucus on Monday to improve your score and please encourage your neighbors to caucus as well.”

Tom Hinkeldey shared a picture of the notice on Twitter, and noted that it had helped him make a decision on who to vote for.

“Hey Ted Cruz your brilliant public shaming campaign has inspired me to caucus on Monday…For Marco Rubio,” he said.

“I probably was not going to go caucus. I never was going to be a Ted Cruz supporter,” Hinkeldey added to The Blaze.

“I get that we’re in a critical time for politicians’ time in Iowa. I just felt like it’s such a weird way to get voters to caucus for them. I haven’t donated [money to campaigns]; I haven’t done much. I do plan to caucus for Marco because Ted encouraged me to.”

Cruz spokesman Rick Tyler confirmed to IJ Review that the mailer was theirs, saying that the targeting had been “very narrow, but the caucuses are important and we want people who haven’t voted before to vote.”

But a political expert said the tactic is risky.

“These kind of mailers are fraught with risk,” said Republican media strategist Rick Wilson, who has done some work for a Rubio Super PAC. “They do work, but the social pressure stuff has got to be subtle. This, on the other hand, is like a sledgehammer.”

Rival Donald Trump didn’t hesitate to get in on the action, saying via Twitter: “The Cruz campaign issued a dishonest and deceptive get out the vote ad calling voters ‘in violation.’ They are now under investigation. Bad!”

Turnout Is Name of the Game in Monday’s Iowa Caucuses

Republican Secretary of State Paul Pate of Iowa also condemned the mailers, saying the words “official public record” printed in red at the top, “misrepresents the role of my office, and worse, misrepresents Iowa election law.”

“There is no such thing as an election violation related to frequency of voting,” said Paul, who was elected statewide as a Republican in 2014, reported Politico. “Any insinuation or statement to the contrary is wrong and I believe it is not in keeping in the spirit of the Iowa Caucuses.”