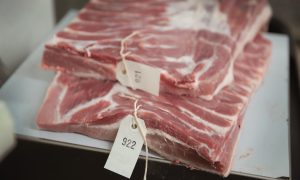 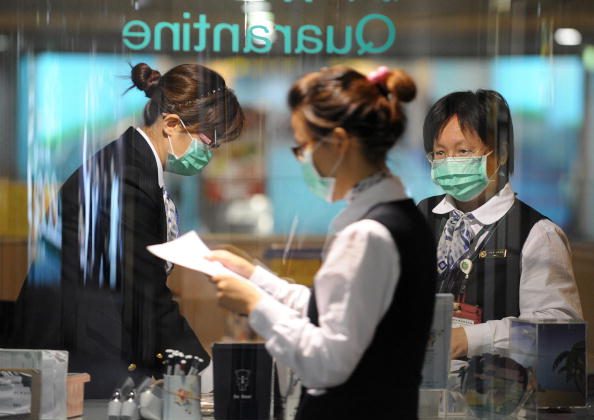 Taiwan’s Bureau of Animal and Plant Health Inspection and Quarantine, an agency under the Council of Agriculture, reported that the 10 were out of a total 678 tested pork products originating from mainland China, according to a Jan. 6 article by Taiwan’s Central News Agency (CNA).

The epidemic in mainland China—the world’s largest producer of pork—first occurred in Shenyang City, the capital of northern China’s Liaoning Province, in early August 2018. Since then, the outbreak has spread to 23 provinces in China.

African swine fever is a highly contagious disease that kills nearly all pigs that contract it. However, infected pork products are not known to have harmful effects on humans who consume them.

The six items were likely thrown away by travelers before they passed through customs, as Taiwan currently has a penalty of 200,000 New Taiwan dollars ($6,490) for travelers who bring in pork products from areas affected by African swine fever.

The remaining four that tested positive were seized from travelers by customs officials: two items at the Taoyuan airport, one at the Kaohsiung airport, and another at the Port of Taichung.

Huang Jin-cheng, deputy director of the Council of Agriculture, stated that the 10 items originated from 10 different Chinese provinces and municipalities, including Fujian Province in southern China, Heilongjiang Province in the north, and Chongqing, a city in southwestern China.

Huang also pointed out that it took 65 days after the Council of Agriculture began testing Chinese pork products to identify the first infected pork product from China, which was found at Shutiou Pier on Oct. 31, 2018, according to Taiwanese media. But since then, the window of time narrowed to 13 days between the first and second detected cases, followed by 17 days between the second and third, and zero days between the fourth and the fifth.

The higher frequency could be seen as a sign that the outbreak in China is getting worse.

According to CNA, the only provinces in China that have not reported a case of the disease are Ningxia, Gansu, Xinjiang, Tibet, Hebei, Shandong, and Guangxi. All four of Chinese directly governed municipalities, Chongqing, Tianjin, Shanghai, and Beijing, have reported cases of the disease.

The Council of Agriculture has also tightened regulations on the use of food waste as pig feed, according to Taiwan’s English-language daily newspaper Taipei Times.

While pork products from animals infected with African swine fever are safe to eat, food waste containing infected pork has the risk of becoming pig feed, which can lead to the disease being transmitted to live pigs, according to the United States’ National Pork Board.

Some countries prohibit the feeding of food scraps to pigs.

The new regulations require hog farms to be inspected by Taiwan’s Environmental Protection Administration (EPA) before they can continue to use food waste to feed pigs. Farms must pass a review of their disinfection procedures for food waste, as well as air and water pollution control facilities.

The EPA currently has 357 hog farms on its regulatory list allowing them to feed pigs leftovers. Another 1,155 hog farms that have been using food waste but were not on the list, now must obtain regulatory approval from the EPA, or switch to commercial fodder instead. Otherwise, they must cease operations within a week.

According to Taipei Times, the island has a total of roughly 7,230 hog farms.