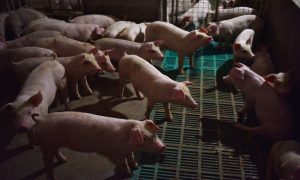 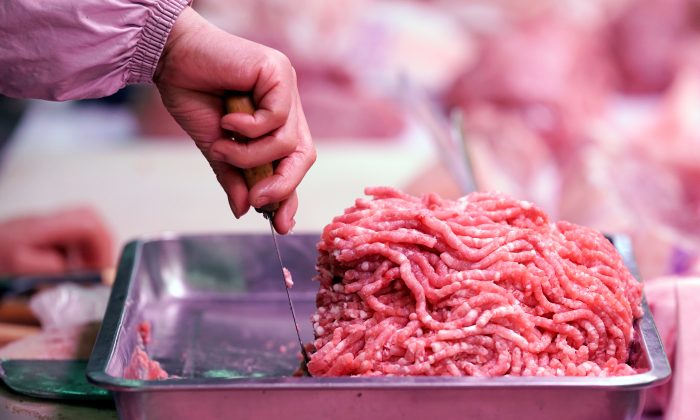 BEIJING/TAIPEI—A dead pig was found on a Taiwanese beach prompting Taipei to claim Beijing was not sharing accurate information on African swine fever. Days after the incident, Beijing warned the country’s pork industry that covering up cases of the disease is a crime.

China’s animal husbandry and veterinary affairs bureau is stepping up investigation and punishment of illegal activity in the pig industry, said a statement published on the Ministry of Agriculture and Rural Affairs website on Jan. 4.

Failing to report deaths and privately slaughtering and selling sick or dead pigs would be pursued under criminal law, it said, and compensation of 1,200 yuan ($175) for each pig culled was sufficient incentive for farmers to report the disease.

In the worst epidemic of the disease ever seen, China has confirmed about 100 cases of African swine fever across 23 provinces since August last year. The disease, for which there is neither cure nor vaccine, is deadly to pigs but does not harm people.

But many experts believe it is even worse than has been reported, and Taiwan President Tsai Ing-wen urged Beijing last month to “not conceal” information about the disease.

Tsai raised the issue again in a New Year’s speech after a dead pig was found on a beach on Taiwan’s Kinmen island, a half-hour ferry ride from the east coast of China. The pig has since been confirmed to have the African swine fever virus, while another dead pig was found on a nearby island on Friday, Taiwan’s official Central News Agency reported.

“During our recent efforts to prevent an African swine fever epidemic, China’s government has never followed the relevant agreements and provided Taiwan with accurate, real-time reports about the epidemic situation,” she said.

The Ministry of Agriculture and Rural Affairs did not immediately respond to a fax seeking comment on Friday.

The dead animals found on the Taiwanese islands have stoked fears that Taiwan’s pigs could soon become infected with the disease.

Taiwan’s herd of 5.39 million pigs is tiny compared with China’s 700 million, but pork is the most popular meat in both places and domestic production in Taiwan reduces its need for imports of the staple meat.