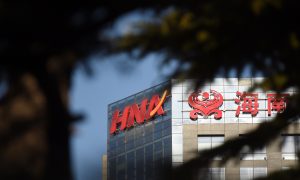 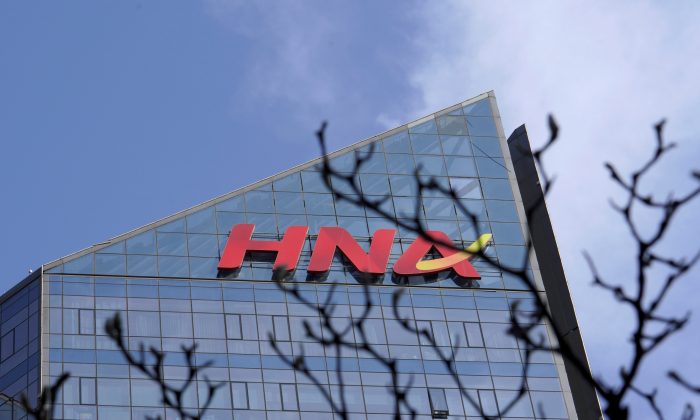 A HNA Group logo is seen on the building of HNA Plaza in Beijing on Feb. 9, 2018. (Jason Lee/Reuters)
China Business & Economy

ZURICH—Switzerland’s markets supervisor said on Sept. 25 it will lodge a criminal complaint against Chinese conglomerate HNA Group for an alleged “serious breach” of disclosure rules over a stake it once held in duty free group Dufry.

Swiss officials have previously found fault with disclosures by HNA, whose global expansion added activities ranging from travel to finance, but which has been criticized for its holding structure’s opacity.

“FINMA will be registering a complaint with the Criminal Law Division of the Federal Department of Finance,” the markets supervisor said. It said HNA had filed six incorrect reports to the SIX Swiss Exchange between April 2017 and February 2019.

HNA Group did not immediately respond to request for comment. It could face a penalty of up to 10 million Swiss francs ($10 million) under Swiss law.

Several acquisitions of Swiss firms by Chinese companies, including the $43 billion 2017 deal in which ChemChina bought chemicals maker Syngenta, have prompted calls for limits on such takeovers, a proposal rejected by the government.

FINMA said HNA Chairman Feng Chen and former co-Chairman Jian Wang, who died in 2018 after a fall while in France, should have been named as the shareholders behind the stake in Dufry, not the Hainan Province Cihang Foundation, which they founded.

“The actual control situation must be disclosed … so that the stakeholders in question cannot be concealed through opaque structures and technicalities, as was the case here,” FINMA Enforcement Division Chief Patric Eymann said.

The Swiss Federal Department of Finance said it had not yet received the complaint from FINMA and could not comment.

In June, the Hainan Province Cihang Foundation reported to the SIX Swiss Exchange that its stake had fallen below the 3 percent threshold, down from more than 20 percent in February 2018.

HNA has amassed a network of global holdings ranging from real estate and airlines to banks that have often been divided among opaque entities, including charities, making it difficult for other investors to understand the links.

By John Miller and Julie Zhu