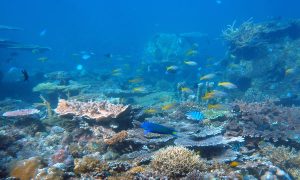 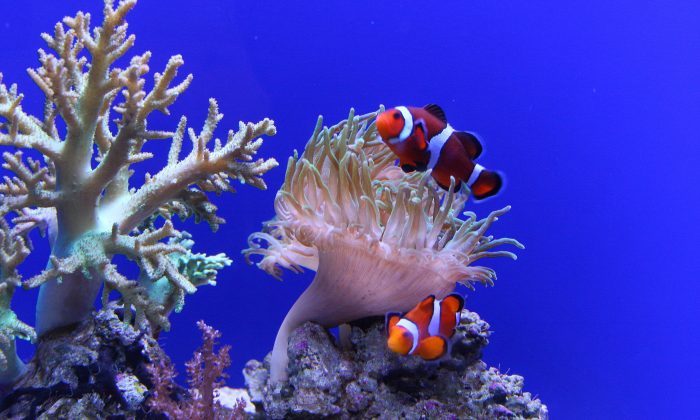 Survival in Hottest Sea May Be Death Trap for Coral

By University of Southampton
biggersmaller
Print

The success of corals that adapt to survive in the world’s hottest sea could actually contribute to their demise.

A new study shows that local adaptation to high salinity levels in the southern Persian/Arabian Gulf (PAG) may prevent coral escaping their fate, as they lose their superior heat tolerance in waters with normal salinity levels.

Warm water corals depend on a vital partnership with unicellular algae of the genus Symbiodinium. Damage to the algal symbiont through heat stress can result in the breakdown of the association, leading to fatal coral bleaching.

“It was not clear whether this resilience is related to the presence of a new type of symbiotic alga (Symbiodinium thermophilum) that was recently discovered by our team in this region,” says Jörg Wiedenmann, professor of biological oceanography at the University of Southampton.

“Therefore, we used molecular markers to identify the algal partners of three coral species along the coast of the southern Gulf and the adjacent Gulf of Oman. We found that this special symbiont indeed seems to play an integral role for coral survival in the world’s hottest sea.”

For the study, published in the ISME Journal, researchers studied corals along 1,000 kilometers (621 miles) of coastline in the southern PAG, a region where the world’s warmest coral reef habitats are separated from the wider Indian Ocean by the narrow Strait of Hormuz. Notably, the PAG features not only record temperatures, but the water is also exceptionally salty.

“As soon as you leave the gulf, corals start to host different symbionts, Wiedenmann says. “This ‘partner exchange’ starts when the salinity of the water approaches normal oceanic levels.”

“We have simulated these conditions in our laboratory and found that corals from the gulf lose their exceptional heat stress tolerance when they need to cope at the same time with salinity levels commonly found in coral reefs elsewhere,” says lead author Cecilia D’Angelo, senior research fellow. “This may explain why the PAG-typical coral-alga associations are rarely found in the less salty water or the Gulf of Oman.

“Some corals may potentially escape their fate in waters heated by global warming by shifting their geographic distribution. However, our findings indicate that in addition to barriers such as landmasses, the lack of suitable substrate for settlement and adverse currents, the dependence on certain local environmental conditions may represent an invisible fence that could trap corals in their endangered habitat.”

With rising ocean temperatures anticipated to cause a loss of most warm water reefs within the next 100 years, heat tolerant corals adapted to hot environments, such as PAG, could be used to replenish reefs damaged by global warming elsewhere.

“Our results suggest that the transplantation of corals over large geographic distances is not a straight-forward solution to restore reefs since they may struggle to adjust to different environmental factors apart from the temperature in the new habitat.

“Efforts to protect coral reefs should rather focus on other measures including the reduction of nutrient enrichment, sedimentation, overfishing, and destructive coastal development. At the same time all attempts should be made to reduce CO2 emissions to prevent further global warming.”