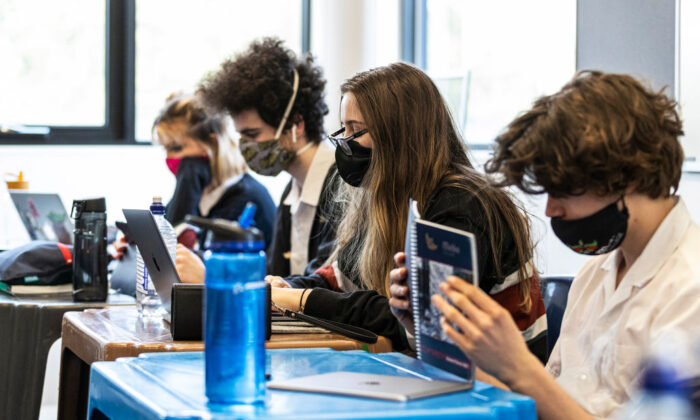 A 2021 survey led by Mission Australia and Orygen on Australian youths has found around half, or 50 percent of those surveyed, found their mental health was affected by the pandemic, with high lockdown states such as New South Wales (NSW) and Victoria having the highest reports of adverse mental health.

In total, more than 20,000 Australian youths aged 15 to 19 completed the survey (pdf), with many participants taking the survey in the middle of lockdowns from the Delta wave of the pandemic.

The report also warned of long-term impacts for young people in Victoria and NSW who may have lost the opportunity to meet “developmental milestones,” such as a first job, moving out of home or first romantic relationship.

“There’s growing evidence the impact of six Labor lockdowns is still very much being felt by all Victorians,” said Emma Kealy, Victorian Shadow Minister for Mental Health, on May 25.

“Remote learning was devastating for the education and the emotional wellbeing of our kids. This report today reaffirms what we already know—that our kids are suffering, and they still need dedicated support now, more than ever.”

The study’s findings come as the Victorian government announced it would be cutting $60 million (US$42.7 million) from mental health programs that were implemented during the pandemic believing that they were “no longer required.” However, the Opposition proposes the necessity of implementing “4000 counsellors and provisional psychologists for the mental health workforce.”

The criticism from the Victorian Liberals comes as state elections loom, with the election expected to take place on Nov. 26.