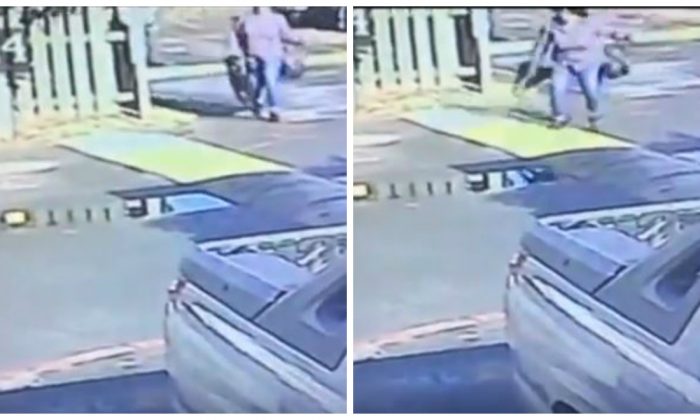 A California woman has been caught on surveillance video throwing her dog, prompting police to search for her.

The Fairfield Police Department and the Humane Animal Services of Solano County got involved after the video went viral, receiving tens of thousands of views.

Brandi Chin is the suspect, and authorities believe she has abused the dog before.

“We are currently looking for her at this time. She is, from what I understand, hiding from us,” Sergeant Michael Ramirez of the animal services told FOX40. “She was recently seen walking down a business district in Fairfield, and she apparently had the dog by the tail and she was swinging it around.”

The woman living at the home at which the video was shot said that her roommate is Chin’s boyfriend, and that the dog, a pug named Ben, was injured during a heated argument.

“She got in a fight with her boyfriend, and she got upset and she… I don’t know took the dog,” Candy Seward said.

Ramirez and the police are urging the public to keep an eye out for Chin.

“We are looking to file animal cruelty charges against her and have this dog removed from her because the dog doesn’t deserve that,” Ramirez said.

“If anyone witnessed the event please contact us. We are also interested in speaking to the person who recorded the video so we can thoroughly investigate the case,” added the department via Facebook.