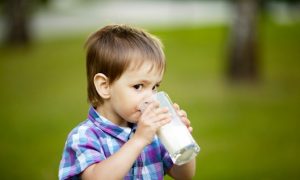 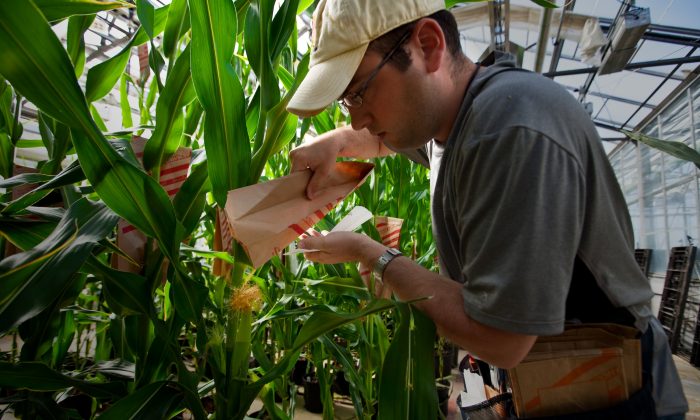 Superweeds and the Chemical Dependency of American Farmers

Weeds are an age-old obstacle for farmers, but when chemical and seed giant Monsanto first introduced glyphosate (better known as Roundup), it seemed like the struggle was finally over. Today, however, over 60 million acres of American farmland are riddled with Roundup resistant “superweeds.”

Government regulators say the “preferred alternative” for superweed management is to increase use of an old but powerful herbicide: Dichlorophenoxyacetic acid (better known as 2,4-D).

The United States already uses 46 million pounds of the chemical a year, but with 2,4-D resistant corn, soy, and cotton seeds on the cusp of market approval, use is expected skyrocket. The Natural Resource Defense Council (NRDC) anticipates an increase of 50-fold or more.

2,4-D is already the nation’s third most used herbicide, but in the past farmers have been forced to exercise some restraint.

“You would use 2, 4-D quite rarely up until this point, but because of the weeds becoming resistant to Roundup, there are a lot more bean fields out here with resistant weeds,” said George Naylor, a corn and soybean farmer in Iowa. “Just in the last two years it’s become way more apparent.”

Naylor doesn’t raise genetically engineered crops, but he does use herbicides. He said farmers have other weed management strategies available, but the American agribusiness mentality favors a more aggressive approach.

“Roundup was the neutron bomb of herbicides. It virtually killed everything except your crop,” he said. “2,4-D will be another neutron bomb. That’s what they’re going for.”

Dow AgroSciences created the resistant Enlist seeds, and the accompanying herbicide cocktail known as Enlist Duo—a combination of glyphosate and 2,4-D. Regulators are ready to approve the products, but complaints from watchdog groups, doctors, scientists, and 50 members of Congress have stalled release of the new system for over two years.

One major concern is drift. Unlike glyphosate, 2,4-D is a very volatile chemical that can travel far beyond the field where it’s sprayed. NRDC has been pushing a petition to cancel registration of 2,4-D for years, citing links to cancer, cell damage, reproductive problems and non-Hodgkin’s lymphoma.

“2,4-D is so toxic to non-engineered plants that it can very easily damage and even wipe out tomato crops, grapes, as well as non-2,4-D resistant corn, cotton, and soybeans,” said Ishii-Eiteman. “There are a large number of farmers growing fruits and vegetables who are very worried.”

One such farmer is Margot McMillen, an organic grower in Missouri. In June, she lost 150 heirloom tomato plants, all her peppers, and some potatoes due to 2,4-D drifting over from the corn field across the road.

“The 2,4-D messed with the way that they grow. Some herbicides knock off the leaves, but what 2,4-D does is it actually changes the growth pattern,” she said.

According to McMillen, plants that tested positive for 2,4-D developed transparent leaves, like onionskins, and the leaf-to-stem ratio changed dramatically, forcing the leaves to turn under. “To me they look like little fists. They wrinkle and look funky,” she said.

To allay drift concerns, Enlist Duo is designed to be less volatile, but the strategy is hardly foolproof.

“I know that Dow has got a new formulation that won’t drift as much, but the reality is these corporate farmers are going to spray regardless of what the weather is,” said Naylor. “They’re going to be pushing the envelope and spraying on days when it’s windy because they’ve got a hell of a lot of acres to cover in a short amount of time. It’s an herbicide that will end up in our groundwater and in the air. There’s no question about that.”

Enlist Duo is also likely to be more expensive than plain old 2,4-D, and according to Ishii-Eiteman, farmers planting genetically resistant seeds will have an economic incentive to use the older version.

“Who is really going to be out there ensuring that they’re not using the very drift-prone herbicide?” she said.

Genetic engineers once promised that biotechnology-enhanced agriculture would require less chemicals, not more. However, just like Dow, Monsanto is also now pushing for more herbicide use with a new seed that resists dicamba, a chemical cousin to 2,4-D.

In 2010, John Jachetta, a scientist at Dow AgroSciences and then president of the Weed Science Society of America told the Wall Street Journal that the development of superweeds marks “a very significant opportunity for chemical companies. It is a new era.”

According to Ishii-Eitman, when the same companies that market the bioengineered seed also produce the herbicide, it’s no wonder the industry favors a chemical-heavy approach. “Just like other industries, they plan obsolescence,” she said. “This is just a great marketing opportunity.”

The most glaring flaw of this weed management strategy is the endless cycle of herbicide resistance. According to research from Dr. David Mortensen, professor of weed and applied plant ecology at Penn State, at least 23 weed species have already demonstrated resistance to 2,4-D.

McMillen has seen this first hand. “From the drifts that we’ve gotten, I can see where it knocks a few weeds out, but there are a lot of weeds that it doesn’t even faze,” she said. “This is not going to be a fix for these guys.”

In a statement, the U.S. Environmental Protection Agency (EPA) said it takes “weed resistance extremely seriously.” The agency requires that “Dow react immediately and thoroughly investigate any reports by growers of Enlist failing to kill weeds.” If Dow identifies resistance, “it must take immediate action to eradicate likely resistant weeds in the infested area.”

Despite the problems she has had with 2,4-D, McMillen said she really likes the neighboring farmers. “They’re really good people but they’re caught in a really bad system,” she said. “They bought into it and now they have all this … equipment; they have all this debt. How are they going to get out of it?”

McMillen blames the local university for furthering the problem. Every year the school’s extension agency holds soil and crop workshops all over the state, touting the latest research and the latest fix.

McMillen remembers attending a workshop in 1994 when agents were first promoting Roundup ready crops. “The farmers asked really good questions,” she said. “They thought there was going to be resistance from the very beginning, but the answer that they gave was: “‘We know that it’s going to be a problem but we’re working on it.'”

“They don’t even respect the amazing knowledge that these farmers have after a lifetime of living on the land. They’re always talking about sound science. They make them feel like they don’t know anything and then they come up with this…,” she said.