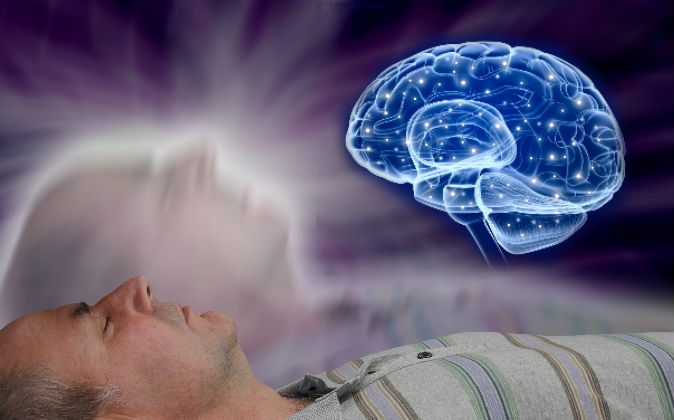 A study published by researchers at the Karolinska Institute in Sweden on April 30 is being lauded by some media reports as evidence that out-of-body experiences (OBEs) have their source in the brain. Some OBE researchers, however, warn against this conclusion. Among their reasons for issuing such a warning is the fact that the Swiss experiments reproduce, shallowly, one possible element of an OBE rather than addressing all the complex elements of the phenomenon.

Dr. Arvid Guterstam and his colleagues at the Institute created the illusion in the minds of test subjects that their bodies were in locations other than where they actually were. While creating this illusion, the researchers monitored the subjects’ brains using magnetic resonance imaging (MRI) to see which parts of the brain were affected by the lab-produced “OBE.”

Parts of the brain that showed a response to this illusion included the premotor cortex (related to movement), the intraparietal sulcus (related to perceptual motor coordination), the posterior cingulate cortex (connected to various brain networks, it is thought to play an important cognitive role, but there is no consensus on what this role is; it may be related to self-awareness), and so-called “GPS-cells.”

Norwegian researcher Edvard Moser, his wife, May-Britt Moser, and British-American scientist Dr. John O’Keefe won a Nobel Prize in October 2014 for discovering these “mapping” GPS-cells that make it possible to orient ourselves in space.

Interesting as these experiments may be in showing the effects of illusions related to body position, the results should not be applied wholesale to OBEs, said Graham Nicholls, an OBE researcher and experiencer.

He wrote in an email to Epoch Times: “The recent study looking at the sense of self in space is the latest in a long line of similar experiments undertaken by Dr. Henrik Ehrsson, Dr. Olaf Blanke, and Dr. Jane Aspell among others since the early 2000s. The latest study repeats a process of using a basic form of virtual reality, a stereoscopic (3D) headset to create an illusion of being in another body or part of the room. When Dr. Henrik Ehrsson, et al did this in 2007, like now, the media widely reported that an out-of-body experience had been created in the lab. However, what really happened, then as now, was little more than a change in perception induced via a stereoscopic headset.

“As someone who has had hundreds of out-of-body experiences throughout my life, and also someone who has developed high-end virtual reality at the UK’s Science Museum, it is clear to me that … nothing comparable to the complexity and scope of a genuine OBE was created in this study (or can be created with VR). The best one could say is that a crude simulation was achieved with only a superficial resemblance to an OBE.”

“Nothing comparable to the complexity and scope of a genuine OBE was created in this study.”
— Graham Nicholls, OBE researcher, experiencer

He also pointed out that not all OBEs involve feeling oneself to be in a particular form outside of one’s body. “In the work of Dr. Carlos Alvarado, we find that 70 percent of participants in his Scottish study had no experience of being a body of any type while within the OBE. In a study by J. F. Brelaz de Castro involving 250 participants, 47 percent of those interviewed did not see their physical body while the OBE took place.”

In 2002, Jan Holden—a counselling professor at the University of North Texas, editor of the International Association for Near-Death Studies (IANDS) journal, and former IANDS president—expressed similar concerns regarding Blanke’s study. She co-authored a reply to his study stating that the key test subject was uncharacteristic of the majority of OBEers.

Holden has compiled many cases of veridical perception, cases in which OBEers have reported seeing things outside of the body that were later verified.

Holden has compiled many cases of veridical perception, cases in which OBEers have reported seeing things outside of the body that were later verified. For example, a woman named Maria once saw a tennis shoe resting on a ledge outside of a hospital where she had an OBE. It seems she could not have seen the shoe had she not floated outside of her body to that particular location. Maria’s case was reviewed by Holden and recorded by Bruce Greyson and Charles P. Flynn in “The Near-Death Experience: Problems, Prospects, Perspectives.”

3 Out-of-Body Experiences With Some Objective Verification

Holden has found that 92 percent of apparent veridical perception cases are accurate, 6 percent have some errors, and only one in 93 cases are completely inaccurate. Studies such as those recently performed at the Karolinska Institute and published in the journal Current Biology do not explain such cases, said Nicholls.