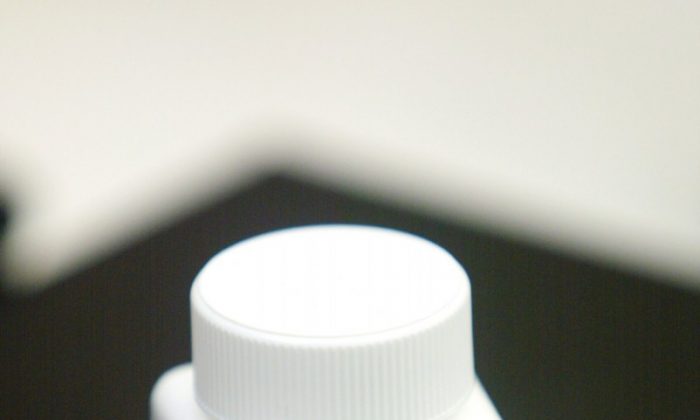 Methylphenidate (better known as Ritalin) was approved for child hyperactivity in 1961, but starting in the 1990s, prescriptions for Ritalin and other amphetamines soared. While they are intended to treat severe attention deficit, many children use them as study drugs. (Joe Raedle/Getty Images)
US

Drugs such as Ritalin and Adderall are intended to treat severe attention deficit, but some young people with comparably normal brains use them as study drugs to sharpen their academic focus. The practice is neither ethical nor safe, according to experts. Doctors call this off-label drug use neuroenhancement.

A position paper from the American Academy of Neurology (AAN) weighs in on the ethical concerns of neuroenhancement, and explicitly warns doctors that prescribing study drugs for children and adolescents is “not justifiable,” as it exposes the developing brain to prescription stimulants for no medical reason.

While many physicians already refuse to grant prescriptions to children who do not have ADHD, others praise the practice. Atlanta pediatrician Dr. Michael Anderson, for example, advocates systematic neuroenhancement programs to help struggling students in poor schools make better grades.

Graf says the allure of study drugs has become so great that many believe the trend is unstoppable, as more and more people will turn to neuroenhancement to stay competitive.

“This is nothing new,” said Graf, a professor of pediatrics and neurology at Yale University, in a phone interview. “People have been abusing drugs for a long time. We have a history where people will justify their drug, whether it’s the marijuana crowd, alcohol, or heroin, LSD, anything.”

The AAN statement is important because it is backed by three neurological organizations, representing 25,000 physicians. It does not make any recommendations in regard to policy, but it does serve as a wake-up call to doctors still unclear on the proper use of prescription stimulants. The position paper had no industry financing, according to Dr. Graf, who took pride in his efforts to keep drug industry interests at an appropriate distance.

Getting this consensus was not easy. Outside the neuroenhancement controversy, the growing number of presumably legitimate ADHD cases has also given cause for concern. A recent study finds that ADHD diagnoses have jumped 25 percent in the last decade.

However, most child neurologists agree that prescription stimulants do provide profound benefits to children who actually suffer from a disorder—extreme cases where the need for treatment outweighs negative effects and risk.

“There are kids out there who are dysfunctional. They have what they call functional impairment, and they can’t get through their day, and people worry about an attack on ADHD because some kids have been helped,” said Graf. “What we’re talking about in this [position paper] is a different population.”

The U.S. Food and Drug Administration (FDA) approved methylphenidate (better known as Ritalin) for child hyperactivity in 1961. But starting in the 1990s, prescriptions skyrocketed, and similar drugs have since seen a meteoric rise in sales.

Amphetamines used to treat ADHD are categorized as Schedule 2 drugs, due to their potential for addiction and abuse. But Graf says despite the health risks, legal restrictions, and a U.S. history of amphetamine abuse in the 1960s, authorities are often inclined to look the other way.

“Did you hear about anyone ever being caught or getting arrested and doing time for selling methylphenidate in a library?” asked Graf. “I haven’t. And yet through word of mouth, anecdotal reports, and questionnaires people say that this is just all over the place. So it’s not regulated.”

According to German neuroethicist and AAN statement co-author, Dr. Saskia Nagel, stimulants carry an aura of virtue that other drugs do not possess. She says that because these drugs offer culturally desirable traits (improved productivity and heightened focus), it is easy to miss the down side.

In the most tragic examples, neuroenhancement has resulted in suicide. But in every case, the short-term cognitive benefits always come at a price.

“These [drugs] surely always have to work at the cost of a different capacity,” Nagel said. “So for example, if you could selectively enhance your short term memory for being better at tests and so on, you will most likely influence your long term memory to the worse. So already on the physiological level this is something that causes harm.”

Nagel and Graf add that similar risks are associated with energy drinks—strong, sweet-tasting stimulants available without a prescription. These beverages are clearly marketed to young people and have been linked to many emergency room visits, but manufacturers have so far managed to avoid warning labels or regulation.

“These are potent caffeine drinks,” said Graf. “If there is some potential for bad side effects and this is being sold on supermarket shelves the public should probably know about this, but the manufacturer doesn’t want to hear it.”