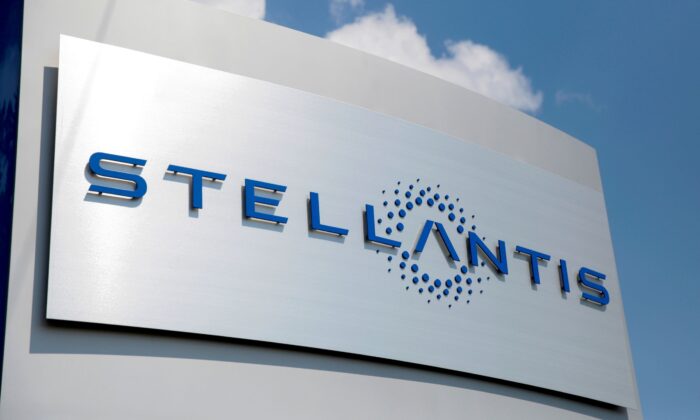 A Stellantis sign is seen outside the company's headquarters in Auburn Hills, Mich., on June 10, 2021. (Rebecca Cook/Reuters)
Companies

Stellantis Powers up Electric Plans With Samsung SDI US Deal

SEOUL/MILAN—Stellantis and South Korea’s Samsung SDI Co., Ltd. have entered a preliminary agreement on a joint venture to produce electric vehicle (EV) battery cells and modules in the United States, the two companies said on Friday.

The tie-up comes less than a week after the world’s fourth-largest automaker signed a similar agreement with South Korea’s LG Energy Solution (LGES), as it rolls out its $35 billion (30 billion euro) electrification plan.

Automakers are investing billions of dollars to accelerate a transition to low-emission mobility and prepare for a progressive phase-out of internal combustion engines.

Stellantis, which was formed in January via the merger of Italian-American automaker Fiat Chrysler and France’s PSA, earlier this year announced it would invest more than $35 billion (30 billion euros) through 2025 on electrifying its vehicle line-up.

The two battery deals will support its goal to have EVs account for over 40 percent of its U.S. sales by 2030, providing an annual battery production capacity of up to 80 gigawatt hours (GWh), which could power about 1.2 million electric vehicles.

Martino De Ambroggi, an analyst at broker Equita, said the joint ventures with Samsung SDI and LSEG Stellantis would secure the needed capacity to meet the company’s U.S. electrification target.

As part of this plan Stellantis has said it will build three battery plants in Europe—in Germany, France, and Italy—and two in North America.

The group, whose brands include Peugeot, Fiat, Opel, and U.S. best-sellers Jeep and Ram, also aims to have more than 70 percent of its sales in Europe be of low-emission vehicles by 2030.

The Stellantis-Samsung SDI venture aims to start operations by the first half of 2025 with an initial annual battery production capacity of 23 GWh, while it could increase to 40 GWh in the future, the two companies said in a joint statement.

They did not provide any financial details.

The batteries produced at the U.S. joint venture will be supplied to Stellantis’ factories in the United States, Canada, and Mexico. The location of the factory is under review.

By 0905 GMT Milan-listed shares in Stellantis were up 0.6 percent, broadly in line with Italy’s blue-chip index. Samsung SDI shares closed up nearly 2 percent.