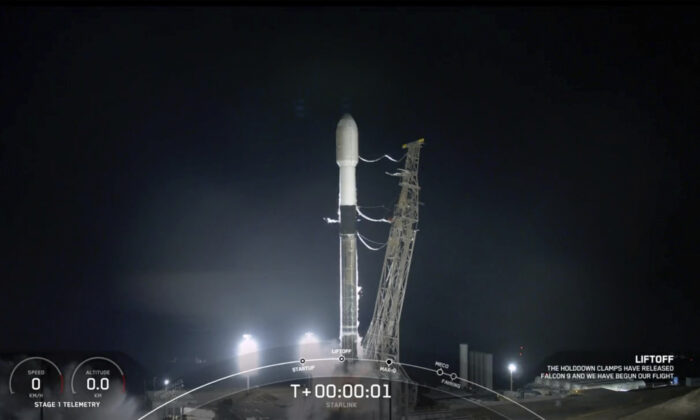 A SpaceX rocket launches from Vandenberg Space Force Base in Calif., on Dec. 18, 2021. (SpaceX via AP)
Space

Tesla Inc. CEO Elon Musk-led SpaceX said it had completed two back-to-back Falcon 9 missions over the weekend, taking about 15 hours for two separate missions. It has also broken its annual launch record from a year ago.

The space company run by the billionaire entrepreneur completed its thirtieth launch on Sunday, compared with 26 missions that it completed in 2020 and 21 launches in 2019.

SpaceX is expected to complete one more launch before the year ends when it deploys a NASA Commercial Resupply Services mission to the International Space Station (ISS).

The Hawthorne, California-based SpaceX said the launch is scheduled on Tuesday.

The two missions were completed in 15 hours, SpaceX said.

Musk founded SpaceX with the mission to make humanity multi-planetary. He has in the past said he remains “highly confident” that SpaceX would land humans on Mars by 2026.

SpaceX is developing a fully-reusable Starship that can deliver a payload of around 150 tonnes to low Earth Orbit and about 250 tonnes when expendable.

The Starship would eventually replace Falcon 9, Falcon Heavy, and Dragon 2 rockets and be able to carry much more mass into orbit.

The Starship system was selected in April to assist NASA with its Artemis moon-landing program.