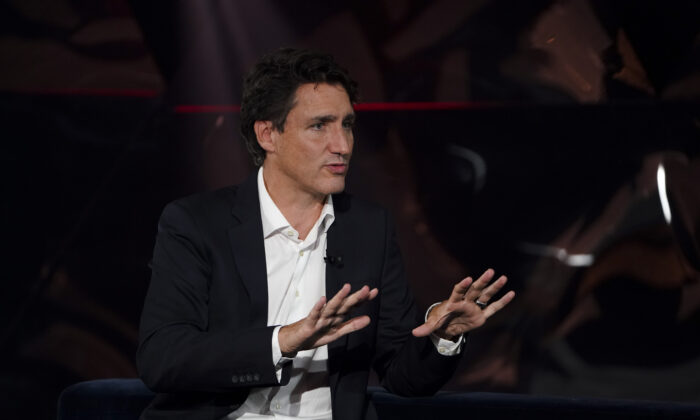 Staking out ground in an election is all part of campaigning. You need to distinguish yourself from your rivals and create a brand that people want to be a part of. While divide-and-conquer tactics are standard play in elections, the vitriolic and divisive atmosphere fostered in this election is unprecedented.

A segment of society has been identified and demonized for the sake of electoral expediency.

No matter which party forms the next government, they will have some deep national wounds to try and heal as their first order of business.

The Trudeau Liberals found themselves on the defensive from the first day of the election campaign. They called an early election while high in the polls and felt they could grow their support levels into a majority government.

While Canadians usually express ire with early election calls, they also usually tend to forget their annoyance and focus on other issues as the campaign progresses. This time the electorate was unforgiving.

Between the pandemic crisis and the Afghanistan evacuation debacle, electors were upset at having to face a general election, and the early lead the Liberals held in the polls quickly evaporated.

The Conservatives and NDP quickly picked up on this and continually reminded Canadians that this election was unnecessary. A grumpy electorate wouldn’t forget the issue and the Liberals felt they needed to change the channel.

The Liberals fell back on their standard electoral playbook. They tried to invoke the abortion issue and it failed. Their attempt to accuse the Conservative Party pursuing two-tier healthcare backfired as they embarrassed themselves with a video that Twitter labelled as “manipulated media.” They played the hidden agenda card against Erin O’Toole and got nowhere. The Liberals were becoming desperate.

In failing to create a bogeyman within the Conservative Party, the Liberals realized that they could effectively create one outside of it: they called out and provoked the unvaccinated.

The COVID-19 vaccine-hesitant make up perhaps 15 percent of Canadians. The reasons that people have for eschewing vaccination range from an entrenched opposition to all vaccines to some simple short-term concerns about possible side effects.

Whatever the reasons may be, those who are choosing not to get vaccinated right now are becoming societal pariahs. Life without vaccination means life without travel, socialization, and possibly employment. Unvaccinated people are feeling cornered and desperate, and Justin Trudeau purposely turned up the heat on them.

In constantly blaming those who choose not to be vaccinated for new COVID-19 cases and in threatening “consequences,” Trudeau has victimized and infuriated this cohort of Canadians.

In treating unvaccinated Canadians with such contempt, Trudeau drew heated protests to every one of his public events where he was able to paint himself as a victim of extremists. Never mind that he planted, watered, and fertilized those seeds of extremism to begin with.

Strategically, this tactic on the part of the Liberals may be successful. Most of those who don’t trust vaccines also hold a healthy distrust of the government and establishment in general. While not all may be Conservative Party supporters, most of them weren’t Liberal supporters. Trudeau had little to lose in inflaming the non-vaccinated.

Maxime Bernier has capitalized on the division, as the People’s Party of Canada is the only party overtly opposed to mandatory vaccines and vaccine passports. While the PPC is drawing support from all walks of life, they will predominantly be pulling votes from the Conservatives.

The Liberals have created an impossible wedge issue for O’Toole to deal with. While the Conservatives’ policies regarding the pandemic aren’t much different from those of the Liberals, their support base on the issue is more vulnerable to division.

But successful political strategy doesn’t equate to principled or productive strategy.  No matter who wins this election, millions of Canadians are going to feel alienated and abused.

Taking an identifiable portion of society and blaming them for the ills of the nation has historically never led to good outcomes.

Canadians are angry, scared, hurt, and divided. We are accustomed to regional unity issues but not public health ones.

Neighbours have been turned against neighbours, and I can’t think of a worse electoral outcome. This division will be felt within Canada long beyond the end of the pandemic, whenever that may be.