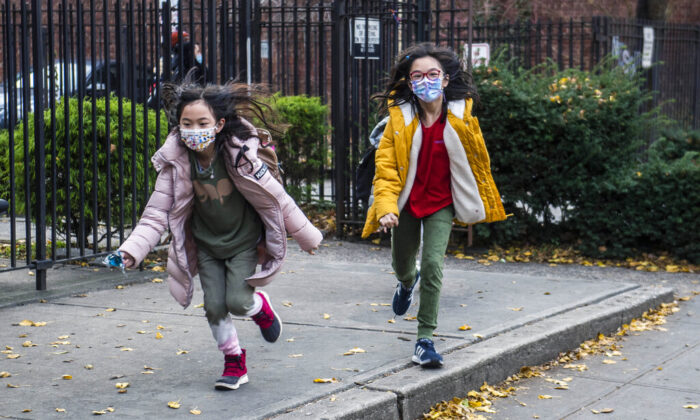 Supportive relationships with family and friends, exercise and sleep was found to reduce the harmful effects of the COVID-19 pandemic on adolescents’ mental health, according to a study funded by the National Institutes of Health (NIH) released on Jan. 24.

The NIH listed “poorer quality and functioning of family relationships” and increased “screen time,” including social media and video games, as factors that “predicted youth distress.”

“Early adolescence is a time when youth are already experiencing rapid change physically, emotionally, and socially, and the COVID-19 pandemic has caused immense disruption to this sensitive stage in life,” stated Nora D. Volkow, director of National Institute on Drug Abuse (NIDA), a department under the NIH.

“This study helps us understand how modifiable lifestyle factors affect the mental health and well-being of adolescents, and it can inform the development of interventions to protect youth during a major life stress,” Volkow added.

The study, conducted by the NIH-funded Adolescent Brain Cognitive Development (ABCD) research group, followed 3,000 adolescents between 11 to 14 years of age. They completed four surveys in total, one in February 2020 and three between May and August 2020.

The study found that “girls were more likely than boys to experience psychological distress during the pandemic.”

It also found that family activities, physical activities, better sleep, and talking about plans for the coming day with parents were amongst the most important protective factors against stress, anxiety, and depression.

“Focusing on what you can do to support young people, like maintaining as much of a routine as possible, walking at least 10 minutes a day, and strengthening family relationships, really matters during times of stress.” said Fiona C. Baker, one of the leading researchers of the ABCD study.

Another systemic review in children and adolescents found that school closures and distance learning, as a result of lockdowns, contributed to anxiety, loneliness, and stress. Furthermore, impacts of loneliness can be felt up to nine years later.

These findings were not confined to the United States alone. Two in three Canadian adults reported that the current mental health of Canadians is much worse now than it was before the pandemic, according to a November 2021 poll.

“This is yet another extremely serious issue arising from a pandemic where the services aren’t available or may be difficult to access with respect to mental health,” stated Jack Jedwab, president of the Association for Canadian Studies.

The poll also reported a rise in those diagnosed with depression from 14 percent near the end of 2020 to 16 percent in October 2021.

The World Health Organization in October 2020 reported that 93 percent of countries worldwide faced disrupted or halted critical mental health services such as counseling and psychotherapy.