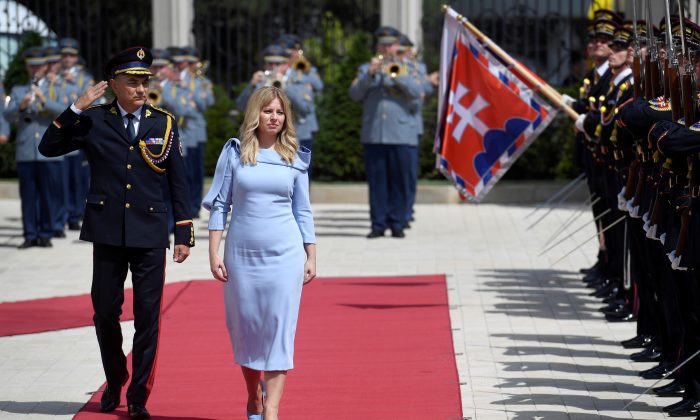 BRATISLAVA—Slovakia’s new president, a former activist lawyer, used a meeting with China’s top diplomat on July 10 to criticize Beijing’s human rights record, in a rare departure for an east European politician in a region hungry for Chinese investment.

Most politicians in post-communist eastern Europe have steered clear of criticizing China’s record on freedom of speech, its treatment of religious and ethnic minorities and other issues.

President Zuzana Caputova, who took office last month, raised her concerns with Chinese State Councillor Wang Yi, who is on a week-long trip to the region that also includes Poland and Hungary.

“In line with the EU’s joint policy, I expressed concern and worries about the deteriorating situation in terms of human rights protection in China, about the detainment of lawyers and human rights activists, and about the position of ethnic and religious minorities,” Caputova said in a statement.

China is actively seeking to boost business ties with Europe through Chinese leader Xi Jinping’s signature “One Belt, One Road” (OBOR, also known as Belt and Road) initiative, which is aimed at building a vast network of infrastructure connecting China to Central Asia, Southeast Asia, Europe, and beyond, much like the ancient Silk Road.

Hungarian Prime Minister Viktor Orban’s government has issued bonds in China and is using a Chinese loan to finance a rail link.

Czech President Milos Zeman has long pushed for closer ties with Beijing and firmly supported Chinese technology giant Huawei as it came under global scrutiny amid allegations that its equipment could be used by Beijing to spy on customers. However, Huawei has been excluded from a Czech tender to build a tax portal after the country’s cyber watchdog warned of possible security threats.

Her record of fighting human rights and environmental cases also boosted her support.

In 2017, Caputova worked for an NGO that initiated the eventual cancellation of amnesties granted by former prime minister Vladimir Meciar to his secret service chief and 12 others over the 1995 kidnapping of the son of then-president Michal Kovac. The amnesties had come to symbolize Slovakia’s slide away from democracy in the 1990s.

By Tatiana Jancarikova. The Epoch Times contributed to this report.