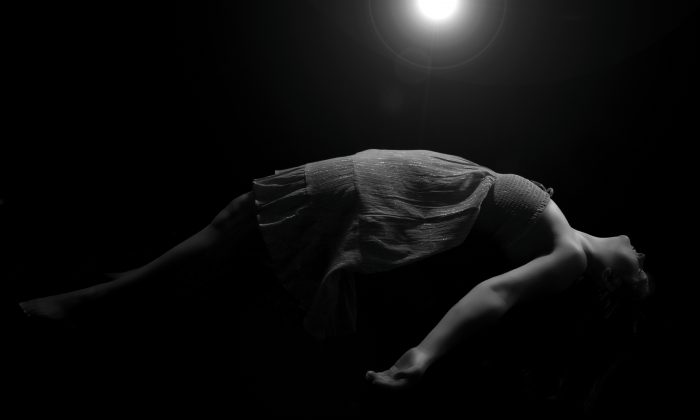 Skeptics May Deny Existence of Paranormal Experiences, but Psychological Effects Are Real

Whether you believe these things or not, people who report these experiences show psychological impacts—often positive—that are undoubtedly real.

Dr. Bruce Greyson, a psychiatrist at the University of Virginia who studies near-death experiences (NDEs), told Epoch Times in an interview last year: “As a psychiatrist, what’s much more interesting to me is not the ‘knock your socks off’ part of the experience, but the after-effects, the way it changes people’s lives.”

“Psychiatrists and psychologists spend a lot of hard work trying to get people to make fairly small changes, and here in the flash of a second, people are totally transformed—this is a powerful experience!”

An alcoholic who abused his wife transformed after an NDE, for example, Greyson said. He quit drinking, stopped abusing his wife, and even rushed to New Orleans to join the efforts following Hurricane Katrina.

NDEs are as varied as the people who have them, though some common traits include seeing dead loved ones, encountering angels or other transcendental beings, feelings of lightness and euphoria, and being able to view one’s own physical body from outside of it.

Dr. Erlendur Haraldsson, professor emeritus of psychology at the University of Iceland, surveyed healthcare workers across the United States and India to find out what their patients said about deathbed visions.

Patients often became at peace with dying after reportedly seeing loved ones there to help them pass to the afterlife.

Diane Corcoran, R.N., Ph.D., and retired U.S. Army colonel, listened to many soldiers’ NDEs over some 40 years as an insider.

Studies in the United States, Germany, and Australia have shown that anywhere from 4–15 percent of the general population have had some form of NDE. Soldiers experience so much trauma and are so much more likely to have encounters with death that Corcoran estimates more than 15 percent and even close to half may have had NDEs.

It is a profound experience that Corcoran thinks could be important in addressing the psychological recovery of soldiers suffering from post-traumatic stress disorder (PTSD).

Psychiatrist Carl Gustav Jung coined the term “synchronicity,” which describes the surprise that occurs when a thought in the mind is mirrored by an external event with no apparent causal connection.

It is a type of weird coincidence (Bernard Beitman, MD, defined other types as he developed Coincidence Studies). Some people take such coincidences as “signs” with personal meaning.

Some people see them as random, meaningless occurrences.

Jung, however, used them to help people reflect on their inner states. Beitman also looks to the potential usefulness of coincidences in psychology.

A book published this month, “Consciousness Beyond the Body: Evidence and Reflections,” collects scientific studies on out-of-body experiences, including those that occur as part of NDEs.

Nelson Abreu, an engineer, OBE researcher, and former intern at Princeton University’s Engineering Anomalies Research Laboratory, is one of the authors. He wrote: “In several studies, nearly all NDErs reported a strong decrease or complete loss of the fear of death as the result of their NDEs. … Nearly all experiencers (up to 98 percent) acquired a certainty of life after death.

The overwhelming majority of NDErs express a strong increase in their concern for others—around 80 percent in one survey.
— Nelson Abreu, Out-of-body experience researcher

“… NDEs resulting from suicide attempts are not usually followed by repeat attempts. … The overwhelming majority of NDErs express a strong increase in their concern for others—around 80 percent in one survey… —along with a renewed sense of life meaning or purpose.”