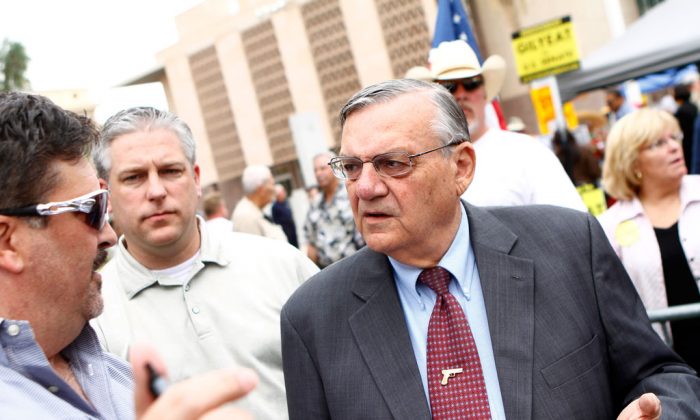 Sheriff Joe Arpaio of Arizona has fixated on the authenticity of President Barack Obama’s birth certificate for more than five years, going so far as to send a deputy and member of his volunteer posse to Hawaii to question officials.

Arpaio closed his years-long investigation, ending a chapter that some critics have denounced as a shameless ploy to raise money from his right-wing base. He held a press conference on Thursday.

“We and anyone else who dared to question the document have been maligned, falsely labeled, and grossly criticized,” Arpaio said, while refusing to take questions from reporters.

He claimed to have received information in 2011 that indicated Obama’s birth certificate was forged, saying he consulted forensic experts. He called it a “fake, fake birth certificate,” AZFamily.com reported.

“The document in question was released by the White House in 2011 following the demands from the public to show proof of citizenship. New evidence includes forensic analysis showing the characters on the document were pieced together from secondary sources,” read a statement from the Maricopa County Sheriff’s Office.

Arpaio and others said, “This investigation was never about where president Obama was born,” but it was about the document in question, AZFamily reported.

“He was trying to throw meat to his base, and that’s exactly what he did,” Gallardo said, AP reported. “He threw red meat.”

The 84-year-old sheriff lost his latest re-election bid. He also faces a misdemeanor contempt charge for continuing immigration patrols for 17 months after a judge ordered him to stop.

President-elect Donald Trump, who has praised Arpaio in the past for his tenure as sheriff, spent time claiming Obama wasn’t born in the United States. He later clarified his stance in September, saying that Obama was born in the country.

Official records show the president was born on Aug. 4, 1961, in Honolulu.