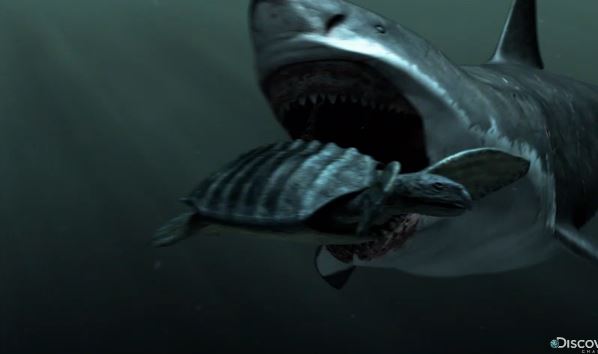 The Discovery Channel has aired another controversial special that is being called fake, this time asserting the extinct shark species Megalodon never went extinct.

The channel aired a special about the Megalodon on August 4 to kick off Shark Week.

“Tyrannosaurus rex is widely considered the king of the apex predators, but it wouldn’t have had a chance against the mighty Megalodon,” says the Discovery Channel about the “nightmarish” type of shark.

“In Megalodon: The Monster Shark Lives (WT), Discovery brings SHARK WEEK viewers on a search for a massive killer great white shark responsible for a rash of fatalities off the coast of South Africa. One controversial scientist believes that the shark responsible could be Megalodon, a 60-foot relative of the great white that is one of the largest and most powerful predators in history. Our oceans remain 95% unexplored, and this massive prehistoric predator has always been shrouded in secrecy, but after a rash of newly discovered evidence, authorities are forced to investigate whether this predator, long thought to be extinct, could still be lurking in our deepest oceans. A crew of scientists and shark experts examine evidence.”

Some people are saying that the special is fake, like the now infamous mermaid specials that the channel presented.

According to the Florida Museum of Natural History, Megalodons were the largest sharks to have ever lived, but they vanished 2 million years ago.

They had 46 front row teeth, 24 in the upper jaw and 22 in the lower jaw. Most sharks have at least six rows of teeth, so a Megalodon had about 276 teeth at any given time.

By some estimates, Megalodons ate about 2,500 pounds of food every day.

“It is believed that during the rapid climate change of the Ice Age, there was a dramatic reduction in the number of large whales that Megalodon fed upon,” according to the museum. “This, along with competition from other predators (sharks) eventually led to the demise of the Megalodon.”

Researchers from the museum discovered a 10-million-year-old nursery area for Megalodons in Panama, and found many of the shark species’ big, sharp teeth at the site.