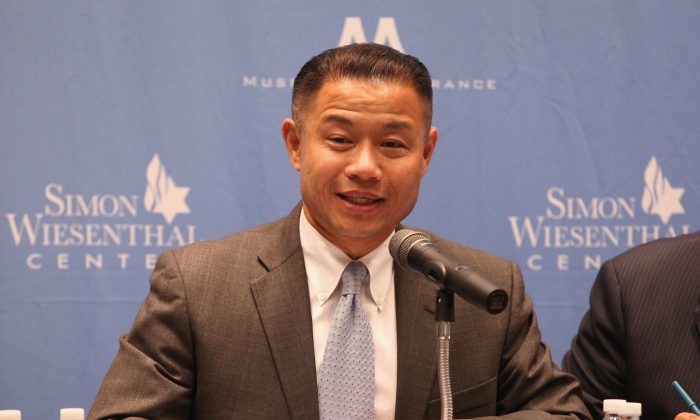 Liu, the scandal-ridden former New York City comptroller and council member, is running to unseat Avella, the senator for the state’s 11th district, who beat him in 2014.

The political committee “No IDC NY,” spent a total of $11,693 on Liu’s behalf, according to a recent financial disclosure report. The money was used to provide petition services for Liu’s current election campaign. At issue is that the committee’s spending exceeds the primary limit contribution of $7,000, and any future donations will continue to violate the limits.

Liu’s campaign also missed the deadline on July 16 to file its financial-disclosure statement with the New York State Board of Elections. It eventually filed the report 10 days later.

Liu’s former campaign committees, “Friends of John Liu” and “People for John Liu,” also failed to file financial disclosure reports, despite the accounts being active, the letter alleges. According to the New York City Campaign Finance Board (CFB) website, any candidate who fails to comply with disclosure statement requirements may be subject to financial penalties.

Avella’s campaign committee called on the State Board of Elections and the Attorney General’s Office to investigate Liu for possible election law violations.

“The public has a right to know what scandal-ridden John Liu has spent this reporting period and whether he has made any other campaign expenditures,” said Avella campaign spokesperson Jeff Frediani.

Frediani said the investigation was warranted “given the sordid history” of Liu’s campaign breaking the law. In 2013, Liu was running for mayor but lost in the primaries after two of his top aides were sentenced for campaign finance corruptions that left his account dry. His campaign treasurer Jia “Jenny” Hou, and a fundraiser, Xing Wu “Oliver” Pan, were found guilty of using straw donors to illegally funnel contributions.

Aside from the funding schemes, Liu’s aides also had ties to organized crime and China’s communist regime. Pan, a businessman, was executive vice chairman of the Fukien American Association which is affiliated with the Fuk Ching gang, known for its involvement in human trafficking, extortion, and protection rackets, according to a report “Chinese Transnational Organized Crime: The Fuk Ching” by James O. Finckenauer at the National Institute for Justice.

The Fukien American Association is also one of the main organizations in Chinatown that organizes events for visiting officials of the Chinese Communist Party (CCP). Liu’s dealings with the association continued in his 2013 mayoral campaign through Pan.

“Westerners don’t know the CCP’s tricks,” Zhang Guowei, chairman of the Republic of China Central Military School U.S. Alumni Association, told The Epoch Times in 2014. “If a pro-CCP person becomes a mayor or even a congressman, he would support issues that are favorable to the CCP. What would you do then?”

Last year, Liu was fined $26,000 by the CFB in relation to the straw donor scheme.

In 2013, a federal investigation into Liu, himself, found no ties of fraud, but the special agent involved said he could have found evidence of higher corruption had the undercover operation not been prematurely shut down, according to The New York Times.

“The undercover operation could have gone on further,” special agent John Chiue said. Chiue also sent an email to a colleague, saying, “Everything points to the next level.”

Liu’s mayoral campaign was also found to have purchased print advertisements in Chinese newspapers for companies that donated to them, as a way of saying “thank you.”

Another one of Liu’s aides, Sharon Lee, admitted to the scheme before the court in 2013. In the midst of the trial, witnesses from Chinese businesses confirmed they received print ads from Liu’s campaign after donating, and email records backed up the claims. In a Sept. 8, 2011, email shown to the court, Hou told a businessman that the Liu campaign would be publishing ads for his company in all major Chinese newspapers.

The scheme fits in between a discussion with Pan and an undercover FBI agent, which was captured on July 27, 2011, by a hidden video camera.

Pan tells the agent that Liu called him to make a strategy to help raise $4 million to $5 million for his mayoral campaign.

“I say, ‘John, actually quite easy, people donate, we give something in return,’” Pan says in a transcript.