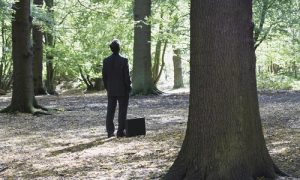 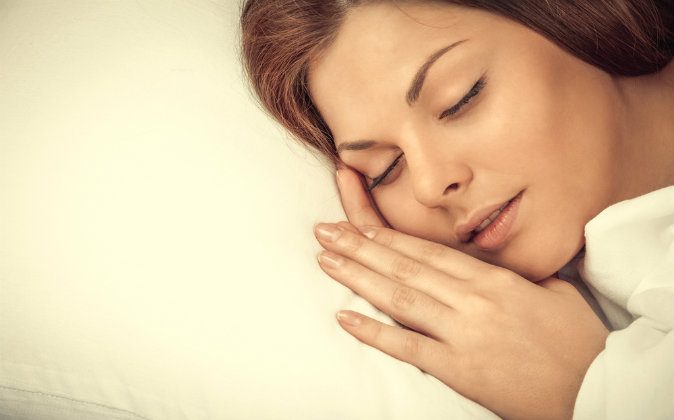 Where does your mind wander when you drift off to sleep? (Shutterstock*)
Beyond Science

Dreams have fascinated humans since the dawn of history, and in recent times a wealth of research has been done to explore this common yet extraordinary phenomenon.

Here are a couple of studies that suggest dreamers can access the thoughts of other people or predict the future.

Test subjects who had no history of extra-sensory perception (ESP), but who did believe that it could exist, spent the night at the lab.

A person would sit in a room about 40 feet away from the sleeping subject. The two people would meet briefly before the experiment began, but then they would be separated with no further interaction. The person sitting in the room would be given a randomly chosen postcard-sized reproduction of a well-known painting. The chosen paintings varied widely in style and subject matter.

While the sleeping person was in rapid-eye-movement (REM) sleep, the state in which dreaming occurs, the person holding the picture in the other room was told to increase his or her concentration on the picture.

The dreamers would give accounts of their dreams and how they felt about their dreams after waking up. Multiple independent judges compared the pictures with the dreamers’ accounts to see if there were similarities.

“Analysis of the subjects’ rankings produced ten ‘hits’ and two ‘misses,'” explains Montague Ullman, psychiatrist and founder of the Maimonides Medical Center, and psychiatrist Jon Tolaas, in the paper “Extrasensory Communication and Dreams.”

An example of one of the “hits” was the dream of a young female teacher. The picture on which the person in the adjacent room concentrated was Rufino Tamayo’s “Animals.” In the painting, two dogs are howling and showing their teeth, with bones lying around them that have been picked clean and a large, black rock in the background.

The young woman dreamed of eating meat, mentioning meat and eating ribs multiple times in her account and also mentioning eating greedily. She had another dream during the session about a place called Black Rock, Vermont (such a place does not appear to actually exist). She was sitting on one of the rocks at the beach and she said “I felt like that mermaid from Black Rock.”

Another example given was of a man who dreamed of a “French Quarter,” or an early village with quaint, romantic architecture. It was festive, like Mardi Gras he said. He also dreamed of bees flying around flowers. The corresponding painting was Marc Chagall’s “Paris From a Window,” which depicts a colorful Paris skyline with flowers in the foreground.

Dr. Gary Schwartz received his doctorate from Harvard, taught psychiatry and psychology at Yale, and is now a professor at the University of Arizona. He was approached by Christopher Robinson who said he has the ability to predict the future in dreams.

The challenge was set up: 10 day trips would be planned to varying locations in the area and Robinson would have to predict in his dreams what he would see in the various locations. Schwartz set up elaborate controls so that neither he nor Robinson would have any idea which locations had been chosen and to ensure that the locations were randomly chosen.

An example of Robinson’s success is given in a video posted on Schwartz’s website (see below). What Robinson saw in his dream seemed to predict a trip to the Kitt Peak National Observatory in Tuscon. The sun is studied from the observatory and the observatory also shares its mountaintop site with the National Solar Observatory. Robinson dreamed that he had two newspapers, one called The Sun and one called The Mirror. He rolled them up like telescopes and looked up at the sky through them.

He had also seen in his dream technical equipment, screens, and a mountain.

But Schwartz cautioned that he views Robinson’s success not as proof, but as evidence that is interesting enough to warrant further investigation.

Once we accept that such abilities exist, said Schwartz, other profound questions arise.

“The next question is, ‘Where is it coming from?’ The answer is ‘We don’t know,'” he said. “At this point, it’s just speculation.” He said the complexity of the information conveyed “requires that we be open to looking for a superior intelligence for the source of this information.”

Another question, said Dr. Schwartz, is “Why is this information being given and why Christopher?”

He believes Robinson’s attitude and sense of responsibility has a lot to do with it. Robinson wants to use his abilities for good. He feels a social responsibility and does not want to exploit his power. Robinson was willing to travel to Arizona to be tested at his own expense. He does not seek personal gain through his ability, and on the contrary, he endures ridicule.

Schwartz also pointed out that Robinson does not want to have his ability misrepresented, “which includes, by the way, not being afraid to stand up for the fact that the information appears to be intelligent.”

*Image of woman sleeping via Shutterstock