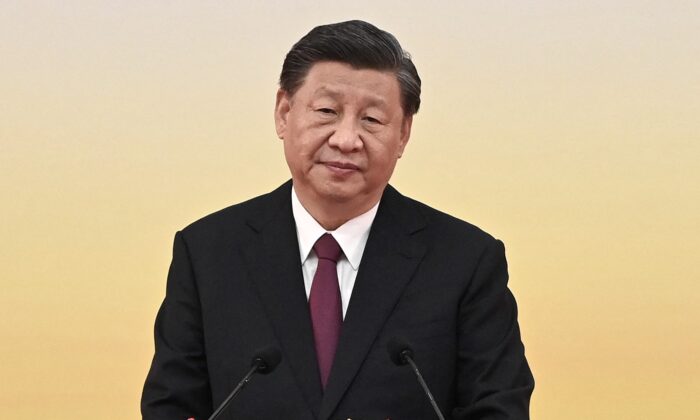 Chinese leader Xi Jinping gives a speech on the 25th anniversary of the city's handover from Britain to China on July 1, 2022. (Selim Chtayti/Pool/AFP via Getty Images)
HK Current Affairs

Chinese leader Xi Jinping’s speech in Hong Kong on the 25th anniversary of the city’s handover from Britain to China on July 1 has received criticism from scholars, who say Xi has distorted the facts.

Xi gave a speech after he officiated the swearing-in ceremony of Hong Kong’s new leader John Lee on Friday.

During the speech, Xi mentioned the “challenges” Hongkongers have faced and overcome in the past few years—which shows Hong Kong has now “risen from the ashes.” Xi said the “one country, two systems” framework with Hong Kong was successful under the Chinese Communist Party’s (CCP) “comprehensive jurisdiction.”

The “one country, two systems,” which was agreed to by the UK and China upon Hong Kong’s handover, allows the city to have its own laws and government. The United States, the UK, and others have accused the CCP of undermining the freedoms and autonomy promised to Hong Kong for 50 years.

Hong Kong in recent years has been pulled under much tighter control by the CCP. After months of pro-democracy protests in the city in 2019, the CCP and Hong Kong authorities drafted a national security law that was then used to arrest scores of activists, media figures, and democracy supporters; introduced a more “patriotic” curriculum in schools; and revamped election laws to keep opposition politicians out of the city’s Legislature.

Dr. Benson Wong Wai-kwok, a former assistant professor at the Baptist University of Hong Kong, now living in the UK, questioned whether Xi knew what he was talking about and asked “is Hong Kong reborn again?”

Wong also said that there has been no evidence of new foreign investors coming to invest in Hong Kong. Foreign investors have lost their interest in spending or keeping money in Hong Kong, due to political deterioration. Everything has been collapsing, including human rights and civil rights, and Hongkongers’ rights are all plunging into the dark ages, he said.

“There will be no “one country, two systems” after 2047, he said, as it will only be “the one country, and all systems will be completely under CCP control.”