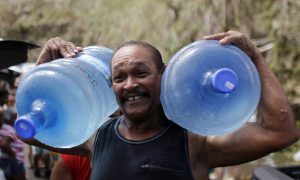 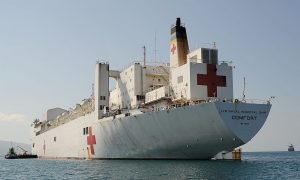 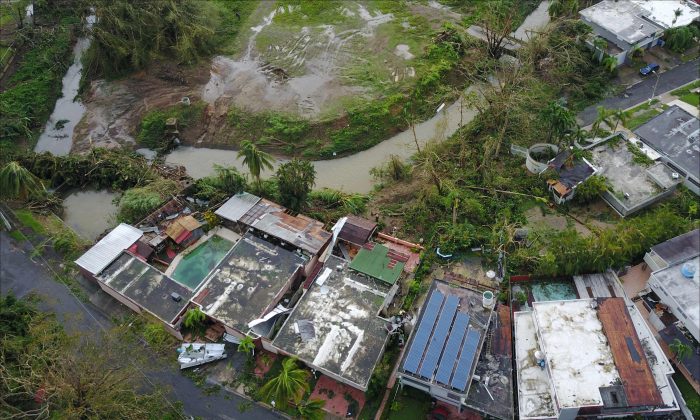 SAN JUAN, Puerto Rico—The mayor of Puerto Rico’s hurricane-battered capital spoke on Friday of thirsty children drinking from creeks. A woman with diabetes said a lack of refrigeration had spoiled her insulin. An insurance adjuster said roads have virtually vanished on parts of the island.

In enumerable ways large and small, many of the 3.4 million inhabitants of Puerto Rico struggled through a 10th day with little or no access to basic necessities—from electricity and clean, running water to communications, food and medicine.

Carmen Yulin Cruz, mayor of Puerto Rico’s capital, San Juan, gave voice to rising anger on the U.S. island territory as she delivered a sharp retort on Friday to comments from a top Trump administration official who said the federal relief effort was a “a good news story.”

“Damn it, this is not a good news story,” Cruz told CNN. “This is a people-are-dying story. This is a life-or-death story.”

Acting U.S. Homeland Security Secretary Elaine Duke, head of the parent department for the Federal Emergency Management Agency (FEMA), said on Thursday she was satisfied with the disaster response so far.

“I know it is really a good news story in terms of our ability to reach people and the limited number of deaths that have taken place in such a devastating hurricane,” Duke said.

Paying a visit to Puerto Rico on Friday for an aerial tour of the island with Governor Ricardo Rossello, Duke moderated her message, telling reporters she was proud of the recovery work but adding that she and President Donald Trump would not be satisfied until the territory was fully functional.

Maria, the most powerful storm to strike Puerto Rico in nearly 90 years, has killed at least 16 people on the island, according to the official death toll. More than 30 deaths have been attributed to the storm across the Caribbean.

Rossello has called the widespread heavy damage to Puerto Rico’s homes, roads and infrastructure unprecedented, though he has praised the U.S. government’s relief efforts.

Cruz, appearing in a later interview, bristled at suggestions that the relief effort had been well-coordinated.

“There is a disconnect between what the FEMA people are saying is happening and what the mayors and the people in the towns know that is happening,” Cruz, who has been living in a shelter since her own home was flooded, said on CNN.

Wearing a T-shirt emblazoned with the words: “Help us. We are dying,” Cruz said she was hopeful the situation would improve, but added, “People can’t fathom what it is to have children drinking from creeks, to have people in nursing homes without oxygen.”

The mayor of San Germán, a town of about 35,000 in the southwestern corner of the island, echoed Cruz’s harsh words.

“The governor is giving a message that everything is resolved, and it is not true,” Mayor Isidro Negron Irizarry said in Spanish on Twitter. “There is no functional operations structure. We are alone.”

Trump, who was scheduled to visit next week, addressed the situation before a speech in Washington about his new tax plan.

“The electrical grid and other infrastructure were already in very, very poor shape,” he said. “And now virtually everything has been wiped out, and we will have to really start all over again. We’re literally starting from scratch.”

10,000 US Personnel on the Ground in Puerto Rico Helping With Relief Efforts

“The closest thing we’ve had is when the Army Corps led the effort to restore Iraq’s electricity in the early stages of the Iraq war in 2003 and 2004,” he said.

Further complicating recovery is a financial crisis marked by Puerto Rico’s record bankruptcy filing in May and the weight of $72 billion in outstanding debt.

“Ultimately the government of Puerto Rico will have to work with us to determine how this massive rebuilding effort, which will end up being one of the biggest ever, will be funded and organized, and what we will do with the tremendous amount of existing debt already on the island,” Trump said.

‘One of the Lucky Ones’

In Old San Juan, the capital’s historic colonial section, customers lined up on the sidewalk outside Casa Cortes ChocoBar cafe for sandwiches and coffee, being handed out from a small window between plywood planks clinging to the exterior wall.

“We’re one of the few restaurants that have a generator,” said Daniela Santini, 19, who works there. “Most businesses don’t have electricity, only some have water. We’re one of the lucky ones.”

Nancy Rivera, 59, a San Juan resident who suffers from diabetes, was forced to go without her medication by a lack of electricity. “I stopped using the insulin in my refrigerator. It’s too warm,” she said.

More troops, medical supplies and vehicles were on the way to the island, but it will be some time before the U.S. territory is back on its feet, the senior U.S. general appointed to lead military relief operations said on Friday.

“We’re certainly bringing in more,” Lieutenant General Jeffrey Buchanan told CNN on Friday, a day after he was appointed by the Pentagon.

The hardships on Puerto Rico have largely overshadowed similar struggles faced by the neighboring U.S. Virgin Islands, slammed by two major hurricanes – Irma and Maria – in the span of a month.

Most of St. Croix, the largest of the three major islands in that territory, remained without electricity and cellular communications nine days after Maria struck. Shelters were still packed and long lines stretched around emergency supply centers.

At one such facility, anguished residents pleaded for more than the single sheets of plastic tarp that National Guard troops were handing out.

Meanwhile, the insurance industry was tallying the mounting costs of Maria, with one modeling firm estimating that claims could total as much as $85 billion.

Rossello told CNN on Friday the federal government has responded to his requests and that he was in regular contact with FEMA’s director, though more needed to be done.

“We do have severe logistical limitations. It has been enhancing, but it’s still nowhere near where it needs to be,” Rossello said.

Asked how long it would take for Puerto Rico to recover, Buchanan, the general leading the military effort, gave a slight sigh and said: “This is a very, very long duration.”

By Robin Respaut and Dave Graham