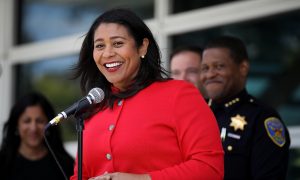 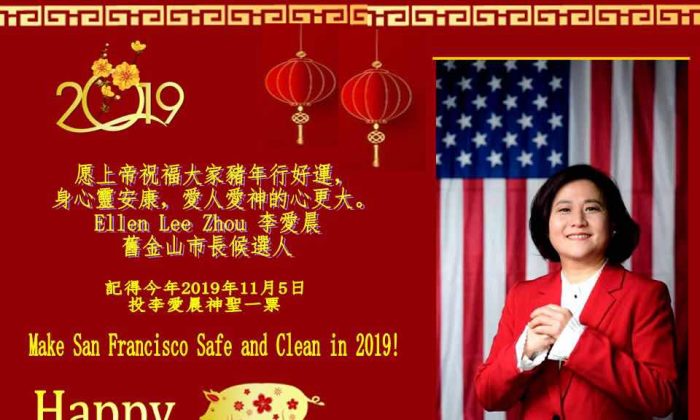 SAN FRANCISCO—While some people are starting off the year at ease, one woman is already doing battle with San Francisco’s City Hall. Ellen Lee Zhou has promised to solve problems with drug abuse and rent control if she is elected mayor.

The city is planning to convert areas with medical cannabis dispensaries into retail stores for cannabis.

Zhou said businesses are impacted because of the limited space available, which the city is reserving for more cannabis stores.

“In my opinion, that’s enough,” said Zhou. “There’s no need for any more physical, recreational, or any cannabis store at all, because we can do delivery.”

Zhou said she met with a staff member from the Office of Cannabis on Jan. 14. He told her that there are currently more than 50 cannabis stores in operation, over 260 applications, and 400 permits pending.

Zhou said it is mainly because of cannabis operators that the city is allowing more stores to open.

“They donate money to the mayor campaign, donate to [the] Board of Supervisors campaign,” said Zhou. “They are the mafia. They are the ones controlling our city.”

Since Proposition 64 legalizing marijuana was passed with 57 percent in favor in 2016, some of those who opposed it have to cope with it daily. Many Asian Americans are strongly against usage of the drug.

Zhou said more drugs would attract more homeless people. This means the city would have to spend more to look after the homeless population.

According to a report released by the San Francisco Department of Public Health, people who are both long-term homeless and rely heavily on urgent medical, psychological, and substance use system services account for 570 out of 9,975 total adult homeless people. The annual cost for such services averages $88,000 each year for individuals in this population group.

Zhou said the city’s government is not really protecting the people and is actually wasting the public’s money.

“In their heads [they’re] thinking about helping the homeless or people who have lost their homes, but the money does not go [to] the homeless. If the city spends $6,000 a person, then we should not see homeless people dying on the streets,” she said.

The city government is also planning to have more control over the housing crisis by taxing landlords for empty units.

There are more renters than property owners in San Francisco. Therefore, the majority of the vote is from renters, so politicians are more likely to create regulations in favor of tenants. Zhou calls this relationship a “gaining system,” a game where politicians get both tenants and landlords where they want them to be.

“Evil people create the same failing policies to make people suffer. Homeless suffer because they don’t have a place to be; [the] working class suffers because they are not able to have an affordable place,” she said.

Zhou sent her second email to the city’s Board of Supervisors on Jan. 14, stating that she and the community oppose the unfair housing regulations.

“We [had] no housing problem until the government created all these unfair housing policies that killed the housing market,” wrote Zhou. “Our housing crisis [was] created by the left, one-side, one-party government. … The more regulations you continue to create, the more housing crisis we see.”

She said the Asian community is impacted especially hard because many neither speak the language nor understand the law. When the laws are passed to be in favor of tenants, landlords are taken advantage of.

The tenants know they can get free lawyers and legal consultation, she said.

“That’s how a lot of people have been sued,” said Zhou.

Zhou said these services that favor tenants are causing landlords to be afraid to rent out because they can be easily sued.

Many who have been sued do not have evidence of any written agreement. Zhou thinks that having any list is useless because the new regulations are not landlord or business-friendly.

Zhou officially joined the city’s mayoral race in early January. When asked what she would do differently, she replied that she would improve regulation.

She suggested having a designated building for cannabis only, like a shopping mall.

“That will regulate the people’s complaints,” she said. “More regulation and better educating the people and [telling] them to stay away from drugs.”

With regard to the housing crisis, she plans to open a main office that documents all cases of abuse. It will find out which tenants have been receiving free legal services.

According to Zhou, tenants are basically receiving millions of dollars to sue property owners through legal battles. In the end, the settlement will come from the property owners’ insurance. Therefore, the insurance industry goes bankrupt, too.

“When I become a mayor, they will be having central offices to document who sues what, and the people who are victims will be receiving services, legal help for them as victims too. Many of the property owners—I’m talking about small property owners—they are not fancy people; they’re just regular people owning a home and rent it out, and they should be getting legal help just like the tenants, because we are talking about equality,” she said.