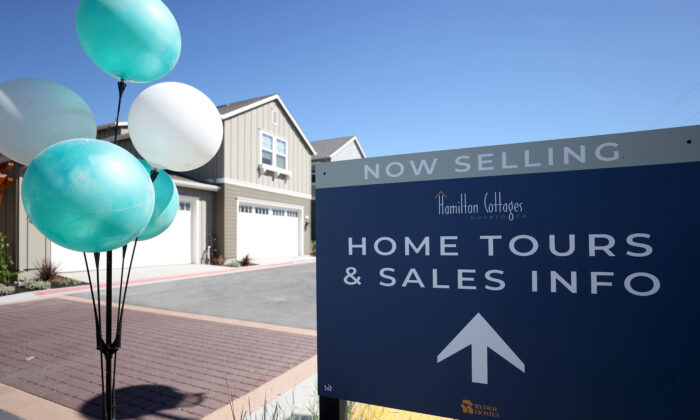 Sales of previously owned homes fell in August from July for the seventh consecutive month of decline, while prices declined from record highs.

The annual rate of existing home sales fell 0.4 percent, to 4.80 million units, last month, the slowest pace since early in the pandemic in May 2020, according to the National Association of Realtors.

Meanwhile, sales figures in August 2022 were 19.9 percent lower than the year-ago month, which is a massive drop.

The contracts for August sales were probably signed one to two months before they were closed, when mortgage rates were higher, before they declined at the end of that period.

Still, the closing numbers are not very positive for the housing market on an annual basis.

“Existing home sales fell for the seventh consecutive month, down 20 percent over the last year and at their lowest levels since May 2020. Following the same pattern as the last housing bubble: Affordability collapses, sales plummet, prices decline,” wrote Charlie Bilello, CEO of Compound Capital Advisors, in a tweet.

The average rate on the 30-year fixed-rate mortgage jumped to more than 6 percent by the middle of June, before falling to around 5 percent at the end of July.

Home prices in June through August normally decline during the summer, but this year they fell 6 percent, instead of the average 2 percent, suggesting a weakening housing market.

The median price of a previously owned home sold last month rose 7.7 percent from a year ago, to $389,500, even though borrowing rates have made purchases less affordable.

This was still below June’s all-time high of $413,800 for the price an existing home.

The Fed and Mortgage Rates

The new gains in the mortgage rate this month previously were due to the widely anticipated hike in the interest rates by the Federal Reserve, which has a dampening effect on home sales.

“The housing sector is the most sensitive to and experiences the most immediate impacts from the Federal Reserve’s interest-rate policy changes,” said Lawrence Yun, chief economist for the National Association of Realtors (NAR), and that “the softness in home sales reflects this year’s escalating mortgage rates.”

The Fed continued its aggressive approach to combat historically high inflation rates, when after the meeting of the Federal Open Market Committee this week, it announced, on Sept. 21, another 75 basis-point hike.

Although home sales fell across all price categories, the market was hardest hit at the lower end of the scale, as supplies of less-expensive housing stock tends to be tighter.

The tight supply of available housing is continuing to keep prices high.

There were 1.28 million homes for sale at the end of August, a decline of 1.5 percent from July, but the same from a year ago, according to the NAR. That amount represents a 3.2-months’ supply at the current rate.

However, single-family housing starts in August rose 12.2 percent, according to the U.S. Census, most likely due to the temporary dip in mortgage rates that month.

Building permits, which are an indicator of future construction, fell as mortgage rates are expected to rise again.

“Inventory will remain tight in the coming months and even for the next couple of years,” said Yun.

“Some homeowners are unwilling to trade up or trade down after locking in historically low mortgage rates in recent years, increasing the need for more new-home construction to boost supply,” he added.