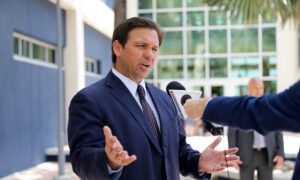 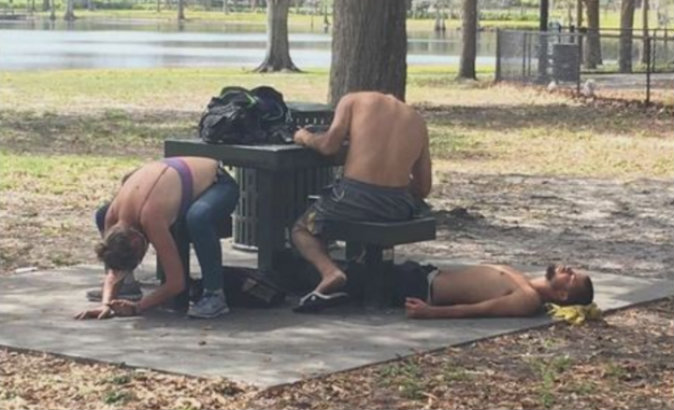 Rise of the ‘Zombies’

Police Across Florida Called to 'Horror Scenes' Where People Are Unresponsive After Taking 'Spice.'
By Epoch Newsroom
biggersmaller
Print

Police officers across Florida are dealing with “zombies” who become so dazed they can’t speak after taking synthetic drugs.

The Clearwater Police Department recorded footage from dealing with one group who were all unresponsive.

“The spike that we’re seeing, and my personnel are dealing with on the road, are unprecedented,” Major Eric Gandy of the Clearwater Police Department told WFLA.

At another scene, there was more than a dozen people who had taken the synthetic drug known by many as “spice.”

“Looked like one of our zombie movies,” Gandy said. “I had 15 people walking around in various states of incapacitation.”

Doctors are struggling to keep up with the dramatic rise in patients linked to spice.

Dozens of calls have come from Clearwater, investigators told Fox13.

“We have noticed a serious uptick of spice incidents lately that have turned into medical calls and it’s become a serious drain on resources for the police department, for the fire department, and then in turn for doctors, say, at Morton Plant Hospital, where the patients end up,” said police spokesman Rob Shaw.

We’re Obsessed With Zombies, Which Says a Lot About Today

“You wonder when somebody’s going to have a heart attack and die from some of these substances.”

Police in other areas of Florida are also dealing with spice overdoses, such as in Pasco County.

Footage emerged in December of a man hopped up on the drug trying to assault police officers after they came upon him standing in the middle of a dirt road.