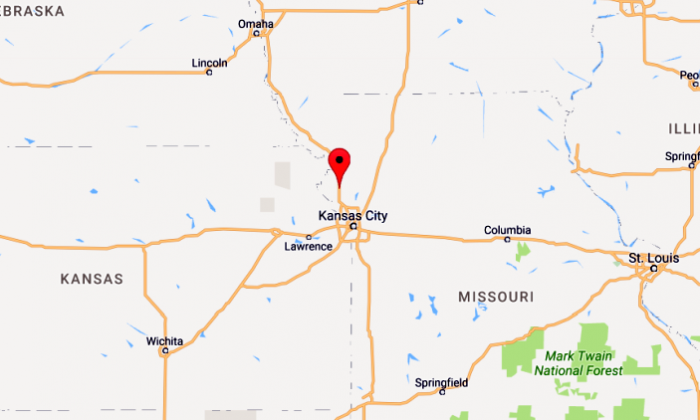 Interstate-29, or I-29, in Dearborn, Missouri is closed
Crime and Incidents

Rest Stop Standoff Forces Closure of I-29 Near Kansas City

A man with a rifle is in a standoff with law enforcement at a rest stop on Interstate 29 near Kansas City, forcing the highway’s closure in both directions on the eve of the holiday weekend.

The Missouri State Highway Patrol said in a tweet Friday morning that “an armed individual pointing a rifle at traffic” was forcing the diversion on I-29.

A patrol spokesman told reporters the only people at the Dearborn, Missouri, rest stop are “law enforcement and the individual in the truck.”

Local media are reporting that authorities fielded calls about an armed person at the rest stop around 8:45 a.m.

I-29 shut down at Dearborn as troopers attempt to disarm man with rifle https://t.co/TeazXBPHUH pic.twitter.com/mocYJUhGZU

Besides @MSHPTrooperA, @PlatteCoSheriff are involved in this standoff on I-29, deputies geared up in the county’s public works parking lot. pic.twitter.com/vJKGL70QAR

Televised aerial footage shows traffic in both directions of I-29 backed up for miles.

Affected traffic is being rerouted and authorities are urging drivers to avoid the area.

The rest stop is near Old Pike Road, Fox4KC-TV reported. It has been evacuated.

“We hear somebody beating out side of the door. I opened the door. It was an officer. He really didn’t really give us any information, tell us nothing, just said, ‘Come on. We gotta get y’all someplace safe.’ I was thinking it was bad weather or something like that. I started getting our stuff, and he said, ‘No. Come on. We gotta go. We got a situation.’ I grabbed my daughter, got my wife. Got just the very few things that was laying on the counter and I asked him what was going on and he said, ‘We got a guy with a gun in a truck,'” said witness Brennan Willoughby in the Fox report.

Brian Giles, from Basehor, Kan., told Fox4KC that he was at the rest stop on Friday morning at around 9 a.m. local time when police arrived. He was in the restroom when state troopers and Platte County Sheriff’s deputies stormed into the building with assault weapons, telling him to get out. He said the suspect was threatening suicide.