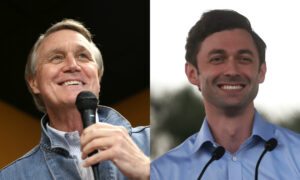 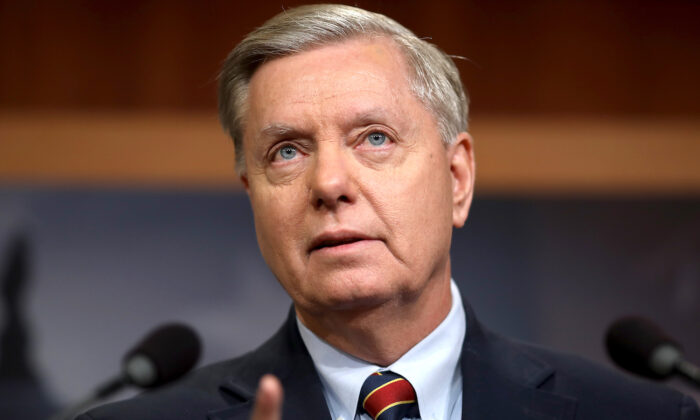 Republicans Should Probe Mail-In Voting If They Keep the Senate: Sen. Lindsey Graham

Sen. Lindsey Graham (R-S.C.) said on Monday that he will ask Senate Majority Leader Mitch McConnell (R-Ky.) to create a joint committee to probe mail-in voting if the Senate remains in Republican hands next year.

“This election is by no means over,” Graham said during an interview with Fox News Radio’s Brian Kilmeade. “What I’m going to tell Mitch McConnell today when we get back, if we keep the Senate, we need to do a joint committee in the Senate to analyze mail-in balloting and how it worked in 2020.”

With four uncalled races, the control of the Senate now stands at 48-48. Republicans are expected to have a 50-48 seat advantage when the new Congress is sworn in on Jan. 3, assuming that the two incumbent senators of North Carolina and Alaska are able to maintain their current leads and eventually hold their seats. Democrats will then need to win Georgia’s two runoffs, which are scheduled for Jan. 5, to get a 50-50 Senate, with the hope that there will be a Democratic vice president to cast tie-breaking votes.

Both Republican candidates in Georgia have argued that they must be reelected in order to prevent Democrats from gaining enough power to carry out their “socialist agenda.”

“If we don’t win on January 5th, Chuck Schumer, Bernie Sanders, and Elizabeth Warren will gain control of the Senate and be able to fast-track their radical socialist agenda,” Sen. Kelly Loeffler (R-Ga.), who is poised to face off Democratic challenger Raphael Warnock, wrote on Twitter. “America simply can’t afford to let that happen.”

“A vote for Jon Ossoff is a vote to hand power to Chuck Schumer and the radical Democrats in Washington,” Ben Fry, the campaign manager of Sen. David Perdue (R-Ga.), said in a statement. “It is clear that more Georgians believe that David Perdue’s positive vision for the future direction of our country is better than Chuck Schumer’s radical, socialist agenda.”