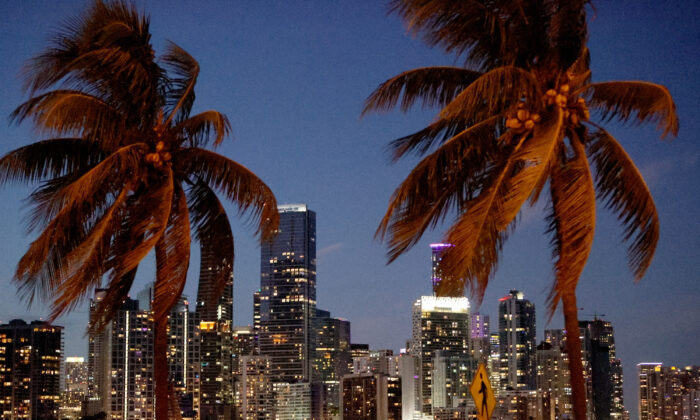 The quick rise in U.S. rental prices over the past year is beginning to slip in several American cities during the peak summer season when rent prices are normally higher, according to Zumper’s National Rent Report for June.

A jump of 0.5 percent is a more reasonable growth rate than than the increases of 1 to 2 percentage points per month that were the norm during the height of the pandemic, Zumper said.

Zumper said the drop in two-bedroom rentals in June may be a sign that some renters who delayed buying a home are finally looking to purchase as housing prices begin to level off.

A June 27 report by Apartment List saw monthly rent for a median apartment jump by 1.3 percent in June, about the same amount as in May.

Five American cities in the report witnessed the most significant decrease in rent for a one bedroom apartment in June, but the overall cost of rent is still up year-over year, including in those five cities.

San Diego’s rent prices fell the largest by dollar amount, with an almost $200 decrease, but the median rent is still high at $2,320, up over 20 percent compared to June 2021.

However, for San Diego, like many cities with a high cost of living, any decrease in rental prices is a boon for those looking for an apartment there.

Another city with a high cost of living, Miami, also saw a drop in median rent prices, with one-bedroom apartments decreasing by 5.9 percent to about $2,400 per month in June.

San Jose, California, has taken Miami’s place as the country’s third most expensive market, as Miami’s hot market begins to cool, falling to the fifth most expensive metropolitan area in the United States.

The median cost for a one-bedroom apartment in New York City rose to $3,600, a year-over-year increase of 40.1 percent and $600 higher than in San Francisco, the second most expensive city in the country.

The return of employees back to their offices is a major reason for the rise in apartment prices in the Bay Area and in New York City, according to Zumper.

The recent tumbles on Wall Street, rising inflation, the Russia–Ukraine war, and the specter of a recession are leading to many American consumers tightening their budgets, especially regarding living circumstances.

The interest rate hikes have hit homebuyers hard, pushing many out of the market, with the Mortgage Bankers Association reporting mortgage applications falling to a 22-year low in June.

If the housing market begins to cool, a drop in rent prices will be soon to follow, while more houses are staying on the market for longer periods of time, thus increasing the housing stock and putting downward pressure on prices.

A drop in housing prices may create a window of opportunity for some renters planning on buying a home.

Less demand for home financing has curtailed sales, and fewer transactions could lead to discounted prices, assuming that the number of listings remains steady.

The labor market remains strong and lending practices are more cautious than they were before the last housing market crash of 2007–2008.

Apartment List suggested that rising mortgage rates have sidelined many potential homebuyers, forcing them to remain renters, while the national rental vacancy rate remained flat at 5 percent in June after seven consecutive months of increases, a sign that availability is tightening.

Apartment List warned that if home prices fail to compensate for higher mortgage rates, an increasing number of potential buyers may decide to stay in rentals, reducing available listings and leading to another spike in rents.

However, the slight dip may be a sign of a gradual return to former seasonal trends typical to those from before the pandemic, as workers either return to the office or settle into their new home workplaces.