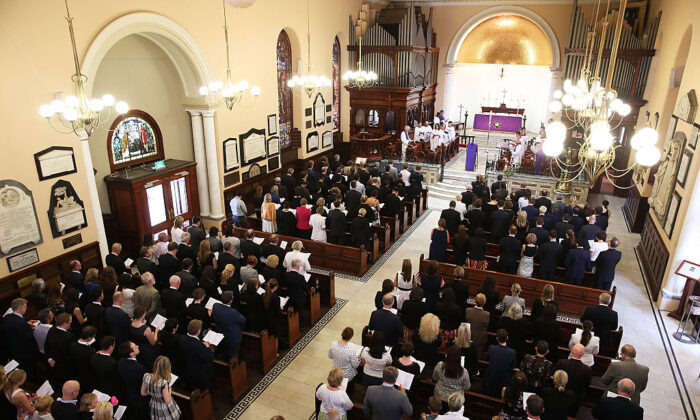 In the second Religious Discrimination Bill meeting on Jan. 13, Melbourne Archbishop Peter Comensoli stated that he would not put forward any amendments and expressed that this act will finally protect all different groups of discrimination following disability, LGBTIQ and aged groups.

At the meeting, Comensoli expressed that religious schools should be allowed the right to hire staff that exhibits the ethos the school is looking for, “in any organisation, whether it’s a religious one or not.”

He argued that regardless of the service, “we approach that from the perspective of what our understanding of the human person is.

Comensoli stated that religious schools and organisations should not only be wanting to do so but are also free to do so.

He also implied that the Equal Opportunity (Religious Exceptions) Amendment Bill 2021 introduced by the Andrews Government should be legally examined.

The amendment introduced on Oct. 27 prevents staff at religious organisations and schools from discrimination based on their sexuality, marital status, gender identity or other attributes that are protected.

Additionally, religious bodies that receive government funding will also not be able to refuse to provide services to people based on their sexual orientation or gender identity.

This amendment opposes Comensoli’s assertion for schools to be able to hire staff based on the school’s own policy statement, with all other discrimination acts still applying.

This argument was heavily scrutinised by senator Janet Rice of the Parliamentary Joint Committee on Human Rights and used the media report of a Newcastle Church of Ubuntu sacked a woman for getting Covid-19 vaccine as it was contrary “to what is required of us by our Lord God and Creator.”

Comensoli’s team, professor Rocque Reynolds from Australian Catholic University, argued that opposing vaccinations are not part of Catholic doctrine. However, Rice disputed Reynolds’s argument saying that since the bill will cover all religions, another non-Christian religion may decide it to be their doctrine and, once it has been made a policy, would be able to disengage staff as they wished.

Stephen Smith, Head of National Workplace Relations Policy of the Australian Industry (AI) Group, also asked for the bill to be amended along with Catherine Brown and Lisa Annese from Diversity Council Australia (DCA).

Currently, on the bill, statements of belief are not constituted as discrimination, giving people of faith a level of protection.

Statement of beliefs can be a religious belief held by a person in good faith and made according to the religion’s doctrines, beliefs, or teachings.

For someone who does not hold a religious belief, their statement of belief must be made in good faith and is something someone who has no religious faith can relate to.

However, this excludes statements that “would, or is likely to, harass, threaten, seriously intimidate or vilify another person or group of persons” and are therefore not protected under statements of good faith.

Smith argued that exclusions for the statements of belief are too narrow.

He expressed that “it is a very high bar, and there may well be a whole host of other statements, which are defined broadly, which are highly offensive and inappropriate that wouldn’t meet those definitions.”

“It is essential that a religious activity at work can be subject to the relevant remedial action an employer may be required to take, or reasonably wish to take, to prevent harm to others and the employer’s business,” the statement read.

Annese from DCA reasoned that the “statement of belief” in the bill gave people of faith rights that overrode other anti-discriminatory acts.

The representatives for both the DCA and the AI Group argued that “Australians will lose discrimination protections in the workplace to accommodate the religious beliefs of people who may make discriminatory statements against them.”

However, Reynolds from ACU expressed that the exclusions gave the protection of statement of belief a suitable balance.

“It [the exclusions] does get rid of the provision about offensive,” she said.

“Because, as you know, religion can have hard truths.”

“Non-religious statements against religions can also have hard truths against people, and people may find them offensive, but people don’t find them intimidating or threatening.”

Another meeting will be held on Jan. 14, with the joint team expected to hand in their report following the inquiry by Feb. 4.