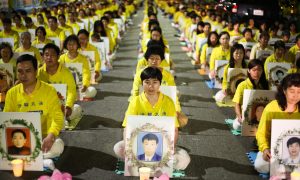 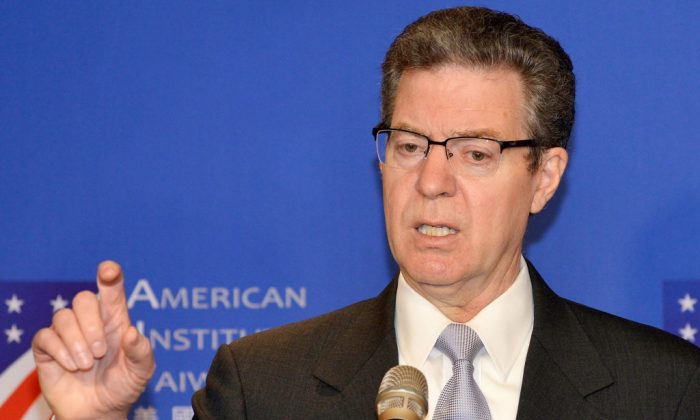 Sam Brownback, the U.S. ambassador at large for religious freedom, speaks during a press conference at the Indo-Pacific forum on religious freedom in Taipei on March 11, 2019. (Chris Stowers/AFP/Getty Images)
Viewpoints

Religious Liberty Around the World and Here at Home

Soon after, the U.S. Supreme Court agreed to hear an important case from the state of Montana, also touching on the subject.

It seems like a good time to take a look at religious liberty.

Living in the United States, especially as a Christian, it’s easy to forget about the importance of religious liberty. Most people take for granted the ability to gather for prayer at a place of worship of their choice. As the IRFR makes clear, however, that right shouldn’t be taken lightly. Christians and others around the globe face issues, ranging from Quebec’s recently passed law barring public employees from wearing religious clothing or symbols to Pakistan’s strict blasphemy laws that can carry the death penalty.

At the release of the IRFR, Secretary of State Michael R. Pompeo said: “People are persecuted—handcuffed, thrown in jail, even killed—for their decision to believe, or not to believe. For worshiping according to their conscience. For teaching their children about their faith. For speaking about their beliefs in public. For gathering in private, as so many of us have done, to study the Bible, the Torah, or the Qu’ran.”

The report singled out several countries for their abuses of religious freedom. Pompeo had tough words for them. “As in previous years, our report exposes a chilling array of abuses committed by oppressive regimes, violent extremist groups, and individual citizens. For all those who run roughshod over religious freedom, I’ll just say this: The United States is watching and you will be held to account.”

He also explained the reason why the report is so important to the world: “History will not be silent about these abuses—but only if voices of liberty like ours record it.”

U.S. Ambassador-at-Large for International Religious Freedom Sam Brownback also spoke at the release of the IRFR, identifying several of the worst offenders.

About Iran, he said: “Countless members of Iranian religious minorities, including Baha’is, Christians, Jews, Zoroastrians, and Sunni and Sufi Muslims, face discrimination, harassment, and unjust imprisonment because of their beliefs. Their religious books are banned. They are denied access to education. Their cemeteries are desecrated. Blasphemy and proselytization of Muslims is punishable by death. … To Iran, we say we are watching and we will stand up for all those whose right to religious freedom is infringed upon.”

Of China, Brownback said it had “declared war on faith” by its abuse of believers of nearly all faiths. According to the IRFR, in Xinjiang alone, “the government detained at least 800,000 and up to possibly more than 2 million Uighurs, ethnic Kazakhs, and members of other Muslim groups.” Brownback noted that they were held “in camps that are designed to strip away the culture, identity, and faith of these religious communities.” Horrifyingly, he also revealed that China has “subjected prisoners of conscience, including Falun Gong, Uighurs, Tibetan Buddhists, and underground Christians, to forcible organ harvesting.”

He issued this warning: “We say to China: Do not be mistaken, you will not win your war on faith. This will have consequences on your standing at home and around the world.”

Responding to questions after his prepared remarks, Brownback said North Korea’s record was “horrible on human rights and religious freedom.” According to the IRFR, North Korea has been denying people their right to freedom of thought, conscience, and religion. It has an estimated 80,000 to 120,000 political prisoners, some of whom are imprisoned for religious reasons. They are believed to be held under “horrific” conditions.

Brownback noted that the United States has classified North Korea as a “Country of Particular Concern” (CPC) for several years. That’s a designation reserved for nations guilty of particularly severe violations of religious liberty, including “systematic, ongoing, egregious violations,” such as torture or cruel, inhuman, or degrading treatment or punishment; prolonged detention without charges; causing the disappearance of persons; or other flagrant denials of the right to life, liberty, or security. Nations so designated are subject to economic sanctions by the United States.

Not all of the news in the IRFR was bad. For the first time in 13 years, Uzbekistan was no longer listed as a CPC. Pompeo explained, “This past year, the government released a religious freedom roadmap. Fifteen-hundred religious prisoners have been freed and 16,000 people that were blacklisted for their religious affiliation are now allowed to travel.”

Pompeo also spoke well of the Pakistan Supreme Court for acquitting a Catholic mother of blasphemy and sparing her the death penalty after she spent nearly a decade in prison. Unfortunately, more than 40 other prisoners remain jailed for life or face execution for that same charge.

“We hope to get into some key negotiations with Pakistan that will move them forward on protecting their religious minorities,” Brownback said. “We have a keen eye focus on them to help them get off [the CPC list]. But they are going to have to take action themselves.”

With serious abuses around the globe, issues in the United States can seem almost trivial, but they aren’t. Kicking off the BYU conference, Mormon Elder Patrick Kearon pointed out that religious liberty is “the heart of a society.” As he said, atrocities “happen when freedoms, including religious freedom and freedom of conscience, are not protected.” That’s why any erosion of religious liberty must be closely examined.

This coming term, the U.S. Supreme Court will consider Espinoza v. Montana Department of Revenue. That case stems from a scholarship program passed by the Montana legislature. The program proposes to give tax credits to those who donate to private scholarship organizations, which then give scholarships to students who want to attend private schools.

The program allowed for scholarships to be used at private religious schools, but the Montana Department of Revenue determined that this program violated the state constitution’s “Blaine Amendment.” The Montana Supreme Court agreed and invalidated the scholarship program, leading to the lawsuit.

Blaine Amendment provisions are found in 37 current state constitutions. They date to the 19th century and forbid direct government aid to educational institutions that have a religious affiliation. They originally were intended to prevent state governments from funding Catholic schools and are widely recognized as a product of anti-Catholic bias. Today, they are often cited by opponents of educational choice programs.

The Supreme Court has already held that that the exclusion of churches from otherwise neutral and secular aid programs violates the First Amendment. Lower courts, however, have disagreed about the impact of state constitutions on such programs. Hopefully, this case will resolve the issue by protecting religious liberty. Other large issues around the globe will remain, but so will efforts to protect freedom.

As both Pompeo and Brownback made clear, religious freedom is a priority for the current administration.

This month (July 16–18), Pompeo will convene the second annual Ministerial to Advance Religious Freedom. It promises to bring together an unprecedented number of civil society organizations, religious leaders, and high-ranking officials to consider challenges and devise strategies to confront intolerance, discrimination, and abuse. It will also provide a platform for survivors of religious persecution from around the world to tell their stories of courage and endurance. Let’s hope for progress.