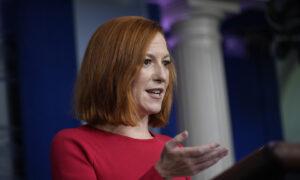 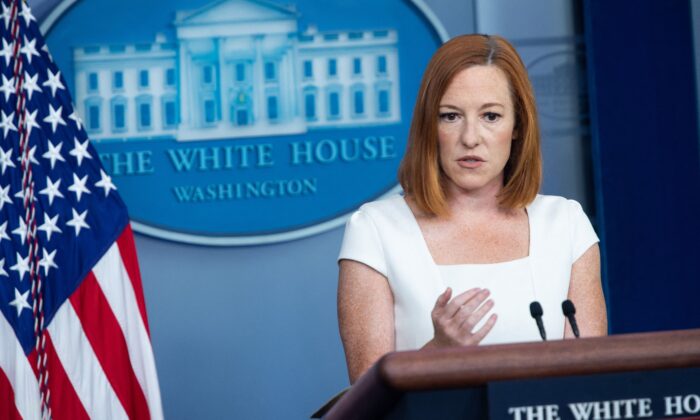 “We’re confident in our legal abilities here,” Psaki told CNN on Sept. 9, after several of the appointees threatened to file a lawsuit against the administration.

The administration will begin the process of removing 18 appointees of former President Donald Trump who sit on the boards of the Air Force Academy, the Military Academy, and the Naval Academy, she said.

Among those asked to resign were former Trump administration counselor Kellyanne Conway, former Office of Management and Budget Director Russ Vought, and former White House press secretary Sean Spicer, according to the officials, who confirmed on social media and in the press that they were being ousted.

Spicer, who hosts a Newsmax program, said he would file a lawsuit against the administration over his firing.

“I will not be submitting my resignation, and I will be joining a lawsuit to fight this,” Spicer said on Sept. 8 during his show.

“I won’t ever question how anyone chooses to serve this country. I won’t question how you choose to do that, Jen,” Spicer said about his role on the Naval Academy board, while referring to Psaki. “But don’t you dare minimize or question my service to this nation. You got it?”

Spicer was a public affairs officer in the Navy and joined the Navy Reserve in 1999.

On Twitter, Conway wrote that the resignation request was “petty and political, if not personal,” adding, “I’m not resigning, but you should.”

Vought wrote on Twitter that he would be declining the request and also posted his letter there.

Jonathan Hiler, a Naval Academy alumnus who served as director of legislative affairs for Vice President Mike Pence, said he was “not resigning,” when he was asked.

“As an alum and former naval officer, I believe developing leaders capable of defending our country’s interests at sea—USNA’s mission—is not something that should be consumed by partisan politics. Apparently, President Biden feels differently. @WhiteHouse,” Hiler wrote on Twitter.

In February, the Biden administration removed several Trump appointees from several federal agencies, including the National Capital Planning Commission and the U.S. Commission of Fine Arts.

About two months ago, the administration also removed Andrew Saul, the Trump-appointed commissioner of the Social Security Administration. At the time, Saul said he wouldn’t resign but was ultimately ousted.

White House officials didn’t immediately respond to a request by The Epoch Times for additional comment.