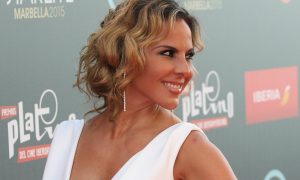 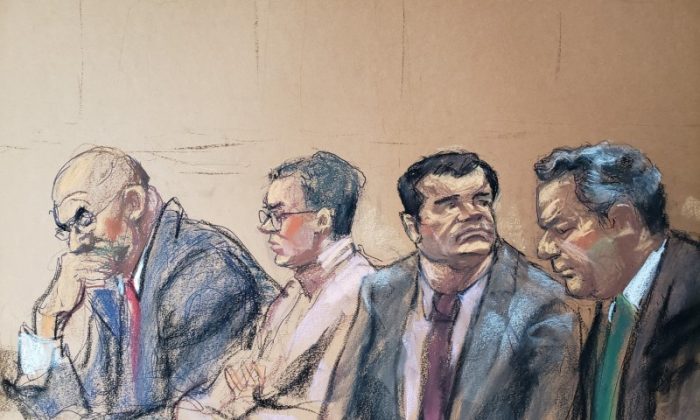 NEW YORK—Prosecutors in the trial of “El Chapo” Joaquin Guzman on Jan. 8 played excerpts from what they said were incriminating phone calls made by the accused Mexican drug lord and intercepted by the FBI after they infiltrated his encrypted messaging system.

Nearly two months into the trial of Guzman on charges of drug trafficking as leader of the Sinaloa cartel, FBI special agent Steven Marston testified the 61-year-old was easily identifiable by his higher-pitched voice, which had “kind of a sing-songy nature to it” and a “nasally undertone.”

The phone call excerpts that wafted through the Brooklyn courtroom on Jan. 8 included discussions of dealings with local officials, including one where Guzman appears to admonish an associate to be careful dealing with police.

“Well, you taught us to be a wolf, acting like a wolf,” the associate replied.

Guzman was extradited to the United States in January 2017 to face charges of trafficking cocaine, heroin, and other drugs into the country. Prosecutors have said he also played a central role in a Mexican drug war in which more than 100,000 people have died.

Guzman’s lawyers have portrayed their client as a scapegoat for what they called Sinaloa’s real leader, Ismael “El Mayo” Zambada, who also faces U.S. charges but remains at large.

The trial began Nov. 13 and is expected to last a few more weeks. Guzman faces life in prison if convicted.

Marston said the FBI tapped into more than 800 calls on the encrypted system with the help of a cooperating witness, Christian Rodriguez.

The agent said the system’s servers were moved to the Netherlands, where they “would not be suspicious” to Sinaloa, and that calls were intercepted from April 2011 to January 2012.

The defendant mostly sat quietly during testimony, but waved enthusiastically to his wife in the courtroom before it started.

The Jan. 8 proceedings began with testimony from government witness Edgar Galvan, a low-level drug trafficker who the defense said fabricated payments from another trafficker to Guzman with the hope of reducing his own 24-1/3-year prison term.

Galvan denied making up the payments, though he admitted to having previously lied to investigators.