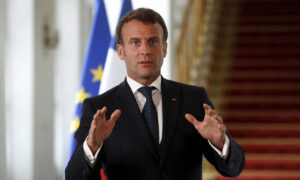 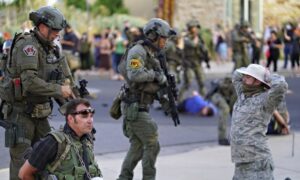 Man Shot During Protest Over Statue in Albuquerque
0 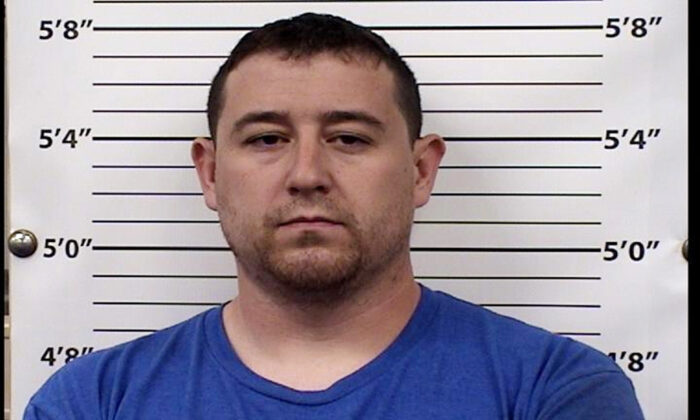 A New Mexico prosecutor dropped a shooting charge against a man who fired his weapon during an altercation at a protest where a group was attempting to tear down a statue.

Bernalillo County District Attorney Raul Torrez on Wednesday dropped a use of a deadly weapon charge against Steven Baca, 31, over the firing of a gun in Albuquerque on June 15.

Cautioning against rushing an investigation, Torrez said New Mexico State Police, who took over the probe earlier in the day from city police, are going to quickly identify key witnesses and catalogue physical evidence and audio, video, and photographic evidence.

The complexity of the situation and the lack of clear evidence led to the dropping of the charge, which may be brought against Baca later, according to the prosecutor.

“I recognize that people in this community and in this county are on edge right now and they are deeply divided over a number of very important issues,” he said.

“Based on the feedback that we have received in our office when we put out a call for the community to provide information, it seems that a great deal of the perspective about what happened at that moment in time, at that shooting, is basically driven by those folks’ ideological perspective.”

In the past, prosecutors have felt rushed because of pressure from the community, he said.

If charged, Baca would likely claim self-defense, a claim that Torrez suggested could hold up based on the actions of individuals at the protest.

The weapon charge stemmed from video footage showing Baca, trying to move deeper into the protest but being blocked by a woman with her arms spread out, throwing her to the ground.

That action prompted several people to rush toward Baca, brandishing weapons and threatening him as he used pepper spray to try to fend them off. When that didn’t work—one man kept swinging a longboard at Baca—he discharged his weapon, hitting the man with the longboard.

That man was identified as Scott Williams, 39. In a statement released through their attorney, his family said Williams has “devoted his life to seeking equality and justice” and “took bullets for the community he cares about.”

Police officers hid nearby and only responded once shots were fired, the family said.

The Albuquerque Police Department didn’t respond to a request for comment.

Torrez did charge Baca, who he said wasn’t connected with the New Mexico Civil Guard militia, an armed group at the protest, with three counts of assault. Baca was also charged with unlawful carrying of a deadly weapon because Department of Public Safety records showed he didn’t have a concealed carry permit.

At least two undercover officers were at the protest, according to the criminal complaint filed against Baca. Torrez said he’s working on getting information on how many cops were embedded with the group and obtaining any video footage they captured, along with sworn statements.

Other answers being sought include where knives recovered at the scene come from, what each witness saw before and after the shooting happened, and whether Williams was armed with anything other than the longboard.

The actions of Albuquerque police officers who responded to the shooting were “troubling” because they led to officers not taking statements from key witnesses, Torrez said. That was among the reasons he recommended the city’s police department hand the probe to state police.

Witnesses who saw what happened or have video and photographic evidence should come forward and contact state police or the district attorney’s office. One email address they can submit to is: tips@da2nd.state.nm.us. They can also call 505-388-4222.