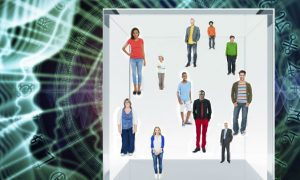 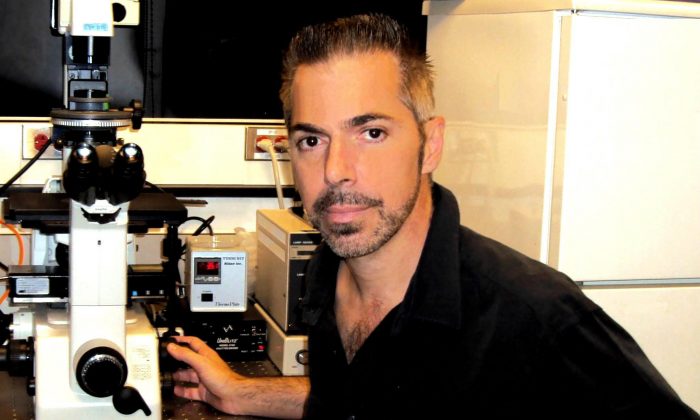 Dr. Robert Lanza, who was selected by TIME magazine as one of the world’s 100 most influential people last year, believes science must recognize the importance of human consciousness.

Quantum physics has proven contradictory to classical, Newtonian physics, setting scientists on the search for a “Theory of Everything” to bridge the chasm threatening to swallow any confidence we have in our scientific understanding of the world.

For Dr. Lanza, whose breakthrough stem-cell research has earned him much acclaim, biology will prove more important than physics in this quest. He gives more clout to understanding human beings than to following abstract strings to unseen dimensions.

Whether it’s quantum physics or Newtonian physics, it is a system created by our consciousness.

Whether it’s quantum physics or Newtonian physics, it is a system created by our consciousness to organize elements of the world around us, he points out. We create the stories, we give names to things.

The way the universe is fine-tuned for the existence of life also signals our important place at the center of it all, according to Lanza.

“The long sought after Theory of Everything is really merely just missing one important component that was too close for us to have noticed,” he said in a taped talk at the Science and Nonduality Conference in 2010. “Science hasn’t confronted the one thing that’s most familiar and most mysterious—and that is consciousness.”

Does It Exist If You Don’t See It?

The famous double-slit experiment in quantum physics is proof for Lanza that consciousness is responsible for the way we see the world around us. It isn’t that the things we observe have fixed characteristics in and of themselves, but rather that we see particular characteristics. It’s about perspective.

He summarizes the double-slit experiment in his 2010 book, “Biocentrism: How Life and Consciousness Are the Keys to Understanding the True Nature of the Universe”: “It’s conclusively proven that if one ‘watches’ a subatomic particle or a bit of light pass through slits on a barrier, it behaves like a particle and creates solid-looking hits behind the individual slits on the final barrier that measures the impacts. Like a tiny bullet, it logically passes through one or the other hole. But if the scientists do not observe the trajectory of the particle, then it exhibits the behavior of waves that allows it to pass through both holes at the same time.”

He extends this principle to daily life. Does your kitchen exist if you’re not in it? He writes: “At night you click off the lights and leave for the bedroom. Of course the kitchen is there, unseen, all through the night. Right? But, in fact, the refrigerator, stove, and everything else are composed of a shimmering swarm of matter/energy. The results of quantum physics, such as the two-slit experiment, tell us that not a single one of those subatomic particles actually occupies a definite place. Rather, they exist as a range of possibilities—as waves of probability.”

In his talk at the Nonduality Conference, he summarizes, “Not a single particle out there exists with properties until it is observed.”

The parameters scientists have set are merely reflections of the spatial-temporal logic of our minds, according to Lanza.

Isn’t It Strange That Life Exists?

More than 200 parameters are exactly right for life to exist, noted Lanza. “If [the Big Bang] was one part in a millionth more powerful, it would have rushed out too fast for galaxies and worlds to be here,” he said. “If the strong nuclear force were decreased by 2 percent, atomic nuclei would not hold together … hydrogen would be the only element in the universe. If the gravitational constant were decreased just [slightly] … just a hair, stars, including the sun, wouldn’t ignite.”

Lanza spoke to NBC science writer Alan Boyle about the reviews his book received, particularly from some physicists, “Their response has been much how you’d expect priests to respond to stem cell research.”

On the other hand, Boyle quotes a review by Richard Conn Henry, a physics and astronomy professor at Johns Hopkins University: “What Lanza says in this book is not new. Then why does Robert have to say it at all? It is because we, the physicists, do not say it—or if we do say it, we only whisper it, and in private—furiously blushing as we mouth the words. True, yes; politically correct … no!”